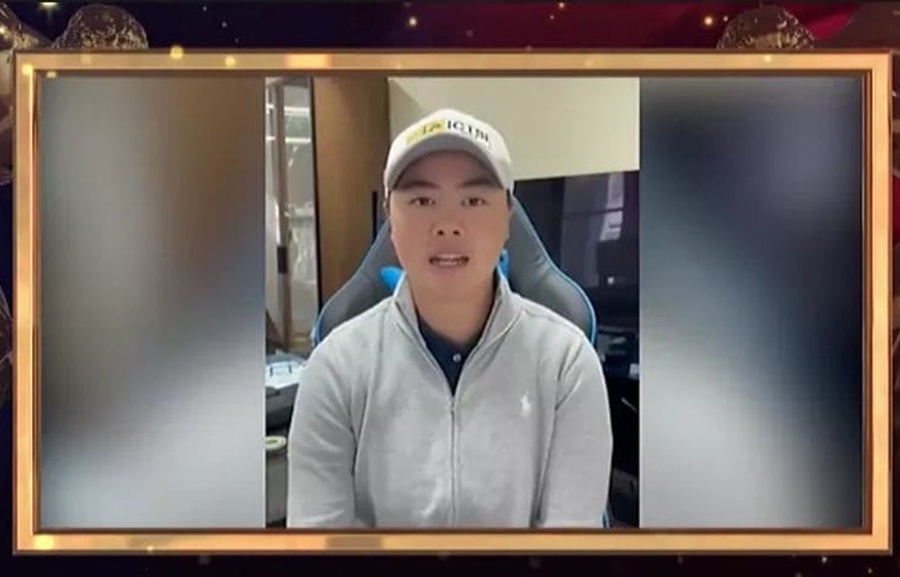 Yuka Saso accepts her Athlete of the Year recognition from Japan during the PSA Awards Night. © Manila Standard

Saso, who won individual and team gold at Jakarta 2018, earned the award for her sensational rookie season on the Japanese Ladies Professional Golf Association Tour in 2020, topping the money list with over 93 million yen (860,000 USD) and two victories from 15 starts.

On receiving the award for the second time in three years, Saso vowed to provide inspiration to Philippine sports in the light of the mounting challenges it faces brought about by the COVID-19 pandemic.

Saso, 19, is competing on the lucrative Japan LPGA Tour and is looking to clinch a spot in the Tokyo Olympics as she is currently ranked No. 44 in the world.

Philippine Sports Commission Chairman William “Butch” Ramirez was the guest speaker and praised the athletes for keeping their stars shining brightly in these dark times.

“The future is so uncertain, the past is out of reach and so I wish that we all savour the present where we all find ourselves now with family, friends, celebrating our heroes in sports,” said the country’s top government sports official.

There was a total of 32 awardees, including 20 personalities and entities who were recognised for their service as front-line workers during the pandemic.