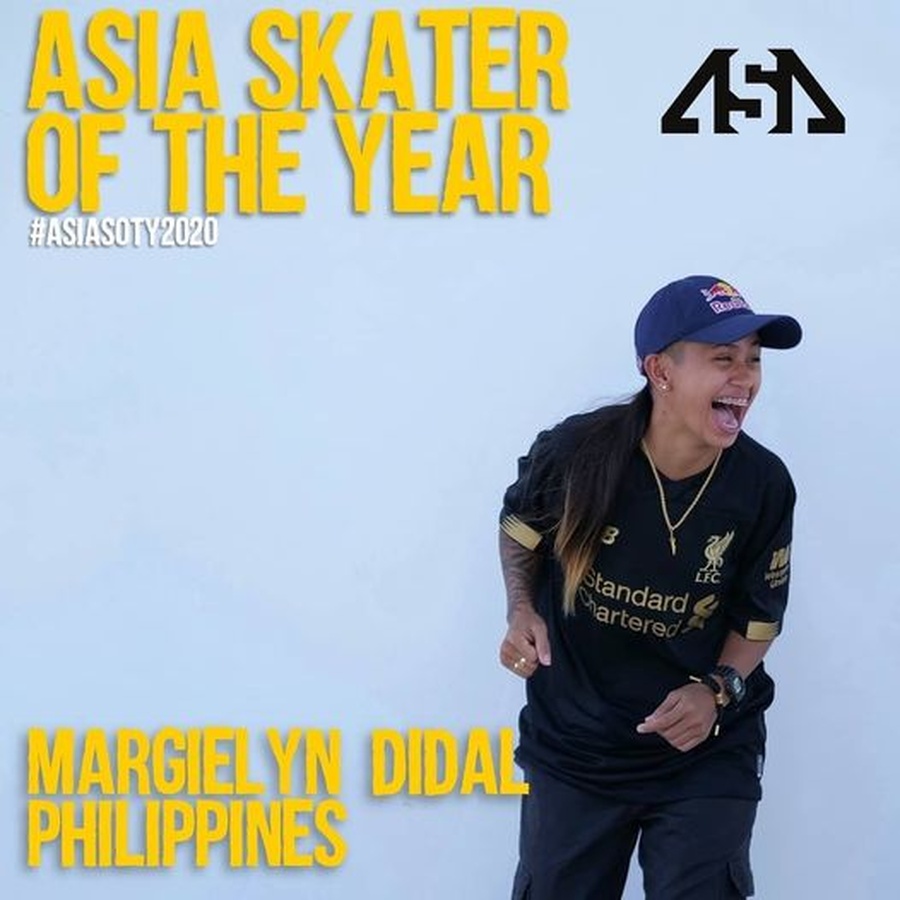 The pride of the Philippines dazzled spectators and judges alike at the Jakabaring Sports City in Palembang, Indonesia, when she romped to gold in the women’s street competition at the 18th Asian Games in 2018.

Now she has another title to her name thanks to her exciting and flamboyant talent across all aspects of the skate scene.

The organisers of the awards, Millennial Events, announced the results on Wednesday and reported that Margie came out on top from a video entry of 60 female skateboarders from more than 20 countries.

“The search for the first ever Women's Asia Skater of the Year was definitely a blast,” said a statement from Millennial Events.

“We’d like to congratulate the 21-year-old skate-phenom from Cebu, Philippines – Margielyn Didal. You are the 2020 Women’s Asia Skater of the Year! Congratulations - and keep on inspiring!”

Margie also won two technical categories in Fastest Feet in the East and Style for Miles and a total of 1,800 USD in prize money: 1,500 USD for Skater of the Year and 150 USD each for the other two awards.

The main men’s award went to 28-year-old Shin Sanbongi of Japan, who was the top pick of 170 skateboarders from over 20 countries.