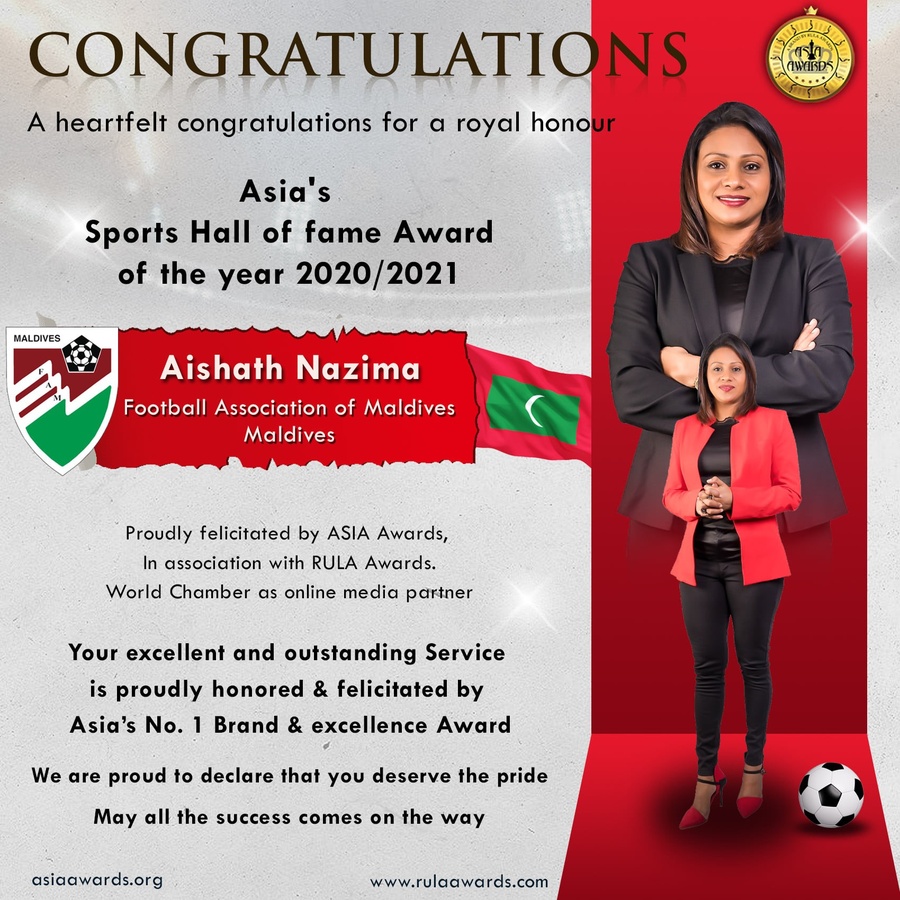 The Maldives Olympic Committee posted a congratulatory message on its Facebook Page on Thursday, March 18, after Nazima was honoured with the award.

Last week the MOC featured the first female Vice President of the Football Association of Maldives as an icon in the sports industry, labelling her as a ‘Player/Coach/Ambassador/Leader’.

A former athlete, Nazima competed in a number of sports including athletics, basketball, netball, volleyball, beach volleyball and handball. Representing the national team in netball and volleyball, she won international medals. She also holds several national awards in athletics.

Nazima also holds the honour of being the only female athlete to win all the National Sports Awards including National Youth Award and President National Award. She also won the Haveeru Sports Award continuously for six years.

A successful sports career also enabled her to win a number of international awards including Asia’s Transforma Award and Leadership Excellence award in the Sports Gold Category.

Transitioning from an athlete to an administrator, Nazima also completed a number of coaching and umpiring courses in netball and volleyball.