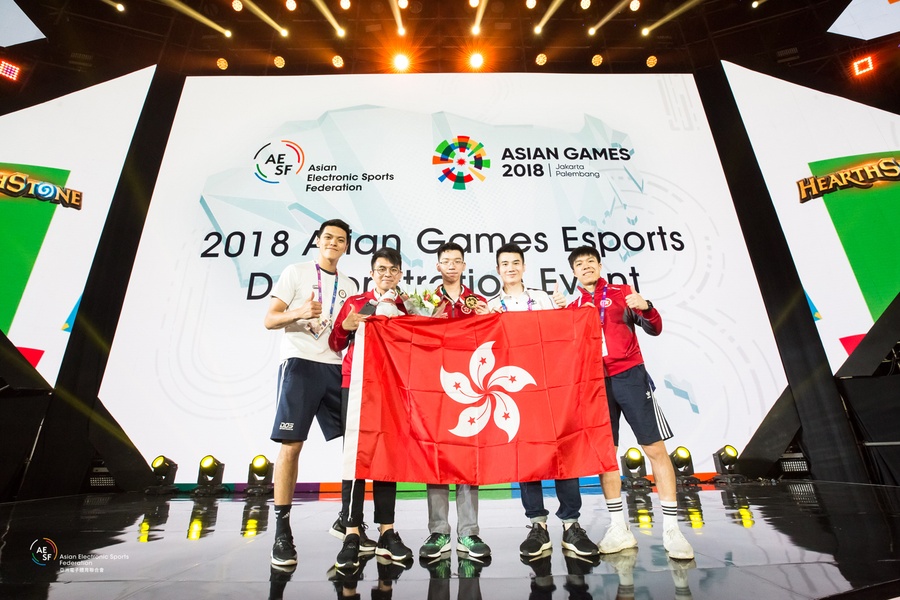 Hangzhou, China, March 19, 2021: The organising committee for the 19th Asian Games in Hangzhou, China, in September 2022 has completed the first phase of the Sport Entry process for the OCA’s 45 National Olympic Committees.

One of the most interesting statistics is that 27 NOCs have entered esports, which will make its debut as an official medal sport at Hangzhou 2022 after being a demonstration sport at the 18th Asian Games in Indonesia.

Esports was approved for the 19th Asian Games at the OCA General Assembly in Oman on December 16, 2020, along with breaking. Seventeen NOCs have entered breaking – a big success at the Youth Olympic Games in Buenos Aires in 2018 and now on the Olympic Games programme for Paris 2024.

Organising committee HAGOC released a statement on March 18 to say that the first stage of the Sport Entry process, Entry by Sport, began on December 29, 2020 and ended on March 16.

“The entry was enthusiastically supported by all 45 National Olympic Committees,” HAGOC said.

“All 45 NOCs across East Asia, Southeast Asia, Central Asia, West Asia and South Asia responded to the call for sport entries. Thailand and Indonesia NOCs, in Southeast Asia, both submitted the most entries, confirming their participation in all 61 disciplines.

HAGOC said that traditional sports like athletics and aquatics were still the most popular, with HAGOC receiving entries from all 45 NOCs.

These were followed by boxing, judo, shooting, taekwondo, weightlifting and karate – popular sports across Asia.

“The number of NOCs interested in competing in football, 5x5 basketball, 3x3 basketball, beach volleyball and table tennis has increased, with the number higher than that at the 2018 Asian Games.

“Esports and breaking, two newly added sports for Hangzhou 2022, drew the attention of 27 and 17 NOCs, respectively.

“More than half of the NOCs in Asia have registered to compete in wushu, ju-jitsu and kurash - non-Olympic sports originating in Asia - which indicates that the development of such sports is happening across the Asia region.”

HAGOC concluded: “With preparations on schedule and confidence built, we are on track to deliver an Asian Games that will provide a boost to sports, urban renewal and the Asian Games brand.

“Countries and regions across Asia have, in a show of solidarity, responded well to the first sport entry phase. Their acknowledgement of our preparations for Hangzhou 2022 is a reflection of the harmony and the unity that exists in the Asian Games family. The successful conclusion of this entry phase is a fitting symbol of the Asian Games spirit in these post-pandemic times.”

The second phase, Entry by Number, will begin in September 2021 after the Chefs de Mission Seminar and will run until December 2021. The third and final stage, Entry by Name, is set for March to May 2022.

There will be 40 sports, 61 disciplines and 482 events at the 19th Asian Games, which will run from September 10-25, 2022 in Hangzhou, capital of Zhejiang province in eastern China.