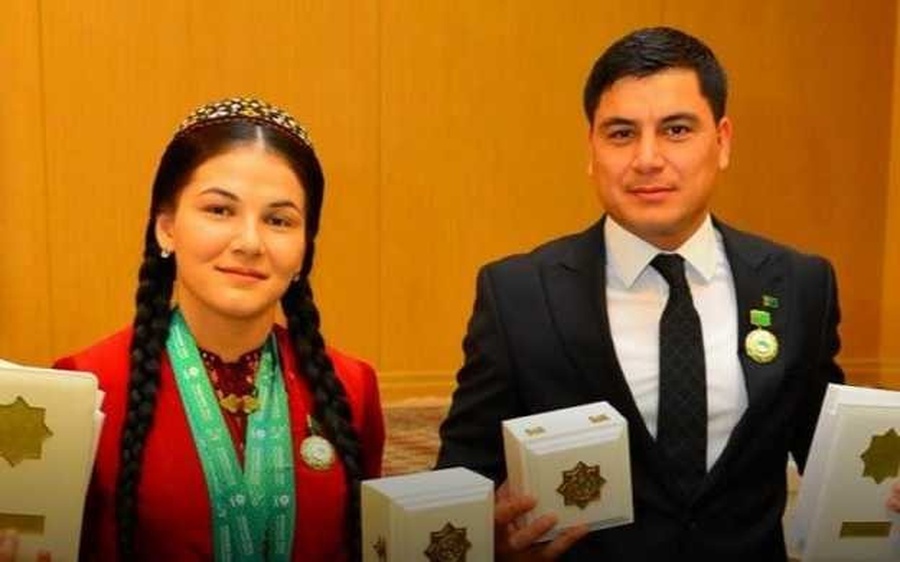 Ashgabat, Turkmenistan, March 18, 2021: Turkmen weightlifter Yulduz Jumabayeva and her coach Meretguly Sahetmyradov have received state honours for their extraordinary achievements in the sport.

It was double joy for Jumabayeva for, in addition to the state honours, she was earlier in the day awarded a gold medal from the 2018 Weightlifting World Championships in Ashgabat after the previous winner had been disqualified due to failing a doping test.

The Chair of the Parliament of Turkmenistan, Gulsat Mammedova, presented the ‘Watana bolan soygusi ucin’ or ‘For love of the Motherland’ medals to Jumabayeva and Sahetmyradov on behalf of the Turkmenistan President Gurbanguly Berdimuhamedov, who is also the President of the country’s National Olympic Committee.

By Presidential Decree, Jumabayeva, a student at the Turkmen State Institute of Physical Culture and Sports, also received a 2020 white Lexus LX570 Sport Plus car as a gift, while her coach was rewarded with a new apartment.

Jumabayeva, who won a silver medal in the women’s 45kg category at the 2018 Weightlifting World Championships in Ashgabat, saw that performance upgraded to a gold medal after Thai athlete Thunya Sukcharoen was subsequently disqualified for failing a doping test.

In another ceremony earlier in the day at the Martial Arts Complex of the Ashgabat Olympic Village, President Berdimuhamedov said: “We have gathered to reward the athlete of the national team Yulduz Jumabayeva, who was recognised by the International Weightlifting Federation as the world champion among athletes in the 45kg weight category.” 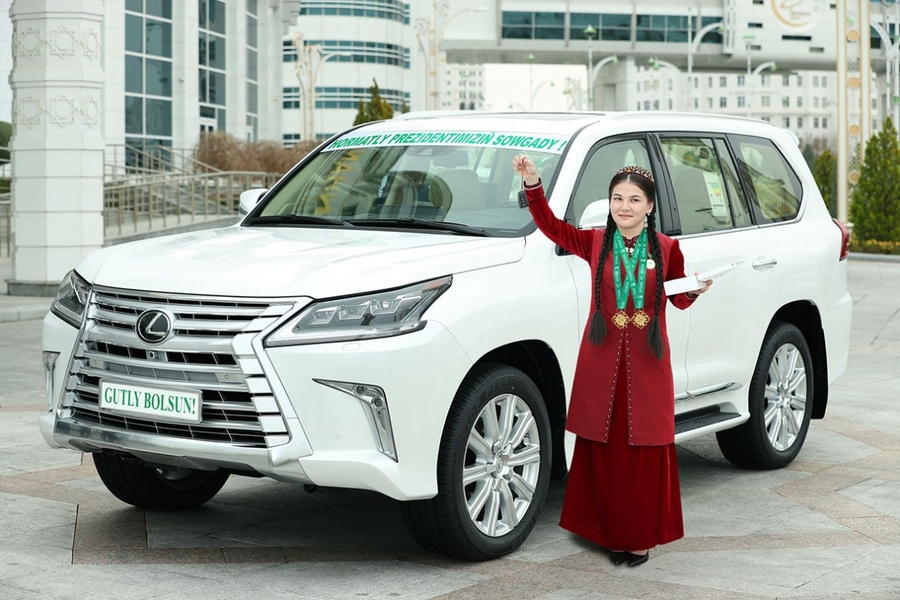 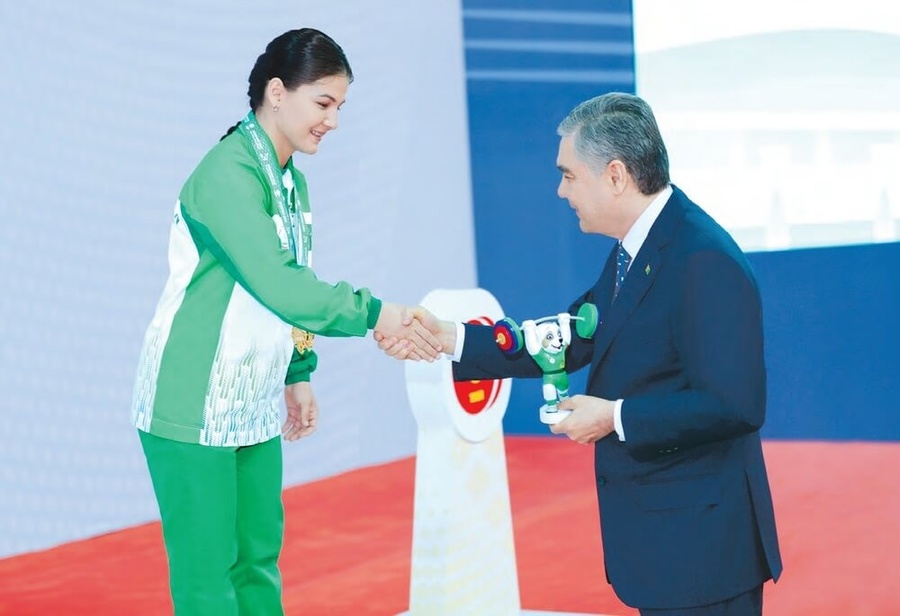