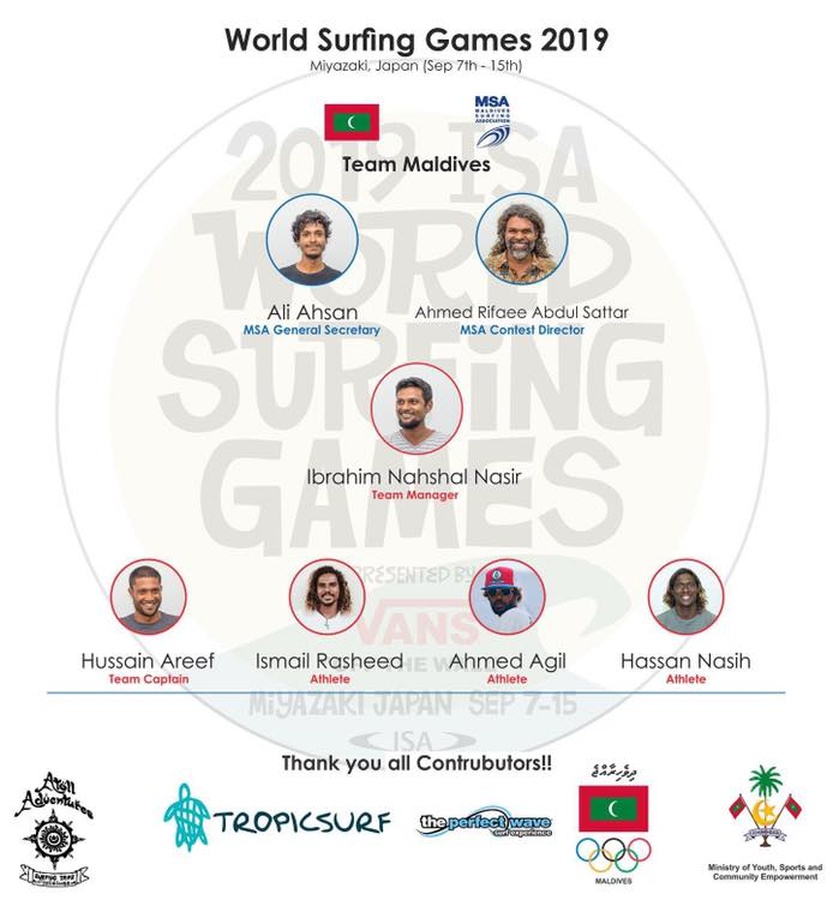 “It is after nearly 17 years (since 2002) that we are going to take part in @isasurfing World Surfing Games 2019 - a historic event with the highest participation of 240 athletes from 55 nations,” the Maldives Surfing Association reports.

“MSA will also take part in this year’s International Surfing Association Annual General Assembly to be held at Miyazaki, Japan during the World Surfing Games.”

The Maldives Surfing Association thanks the following for their support: Ministry of Youth-Sports and Community Empowerment, Ahmed Mahloof, Tropicsurf, Atoll Adventures, The Perfect Wave, Four Seasons Resort Maldives at Kuda Huraa and the Maldives Olympic Committee.