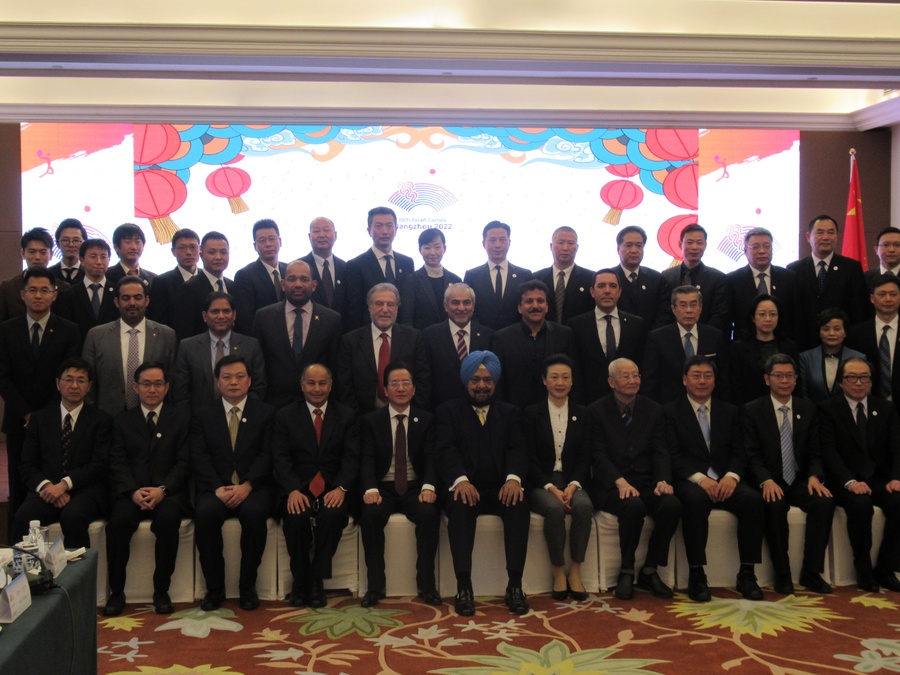 Hangzhou, China, February 20, 2019: The organising committee of the 19th Asian Games Hangzhou 2022 submitted the official dates of the next Asiad to the Olympic Council of Asia’s Coordination Committee on Wednesday, February 20.

The local organisers plan to hold the 19th Asian Games from September 10-25, 2022, and the OCA Coordination Committee will submit these dates for approval by the OCA Executive Board on March 2 in Bangkok and by the 38th OCA General Assembly the following day.

In a statement to the OCA Coordination Committee, Hangzhou 2022 said that, according to statistics compiled from 1971 to 2017, the weather at this time of year was ideal for major sports events.

“It also helps to boost the athletes’ performance and the spectators’ experience,” said the statement.

The second major reason concerned “festive reunion and gathering” in the Chinese calendar. “According to the lunar calendar of festivals, the day of 10 September 2022 is the mid-autumn festival, which is wildly celebrated in China and many countries in East Asia and Southeast Asia,” added the statement.

“If the 19th Asian Games commences on this day with the spectacle of the opening ceremony it will prove to be the most joyful and meaningful occasion for the gathering of Asian nations in Hangzhou.”

Hangzhou 2022 also stated that the proposed dates of September 10-25 dates had been written into the bidding document and were now being submitted officially to the OCA Coordination Committee for approval.

The first meeting of the OCA Coordination Committee for the 19th Asian Games came to a close at the New Hotel on the shores of the West Lake UNESCO world heritage site after two days of venue tours and presentations by major departments.

The agenda included the sports programme, which is planned to consist of 40 sports and 10,000 athletes, the Athletes’ Village, Technical Officials’ Village and Media Village, accreditation, protocol, IT, media and broadcasting, cultural programmes, volunteers and marketing.

The OCA’s Asian Games Fun Run will be part of the promotion of Hangzhou 2022 and will start in the host city this November. It is planned to involve all 45 National Olympic Committees in the build-up to the Games.

Summing up the meeting, the OCA’s Honorary Life Vice President Raja Randhir Singh thanked the organisers for their “tremendous cooperation” and said he looked forward to working closely with Hangzhou 2022 in the coming years.

“We will work together and will make sure the Asian Games in Hangzhou will be a memorable Asian Games,” he said.

The Vice Mayor of Hangzhou, Chen Weiqiang, said: “In the past two days we have received lots of valuable suggestions and insights from the OCA and we will continue to improve and perfect our planning and preparation work. I have strong confidence to make Hangzhou a resounding success.”