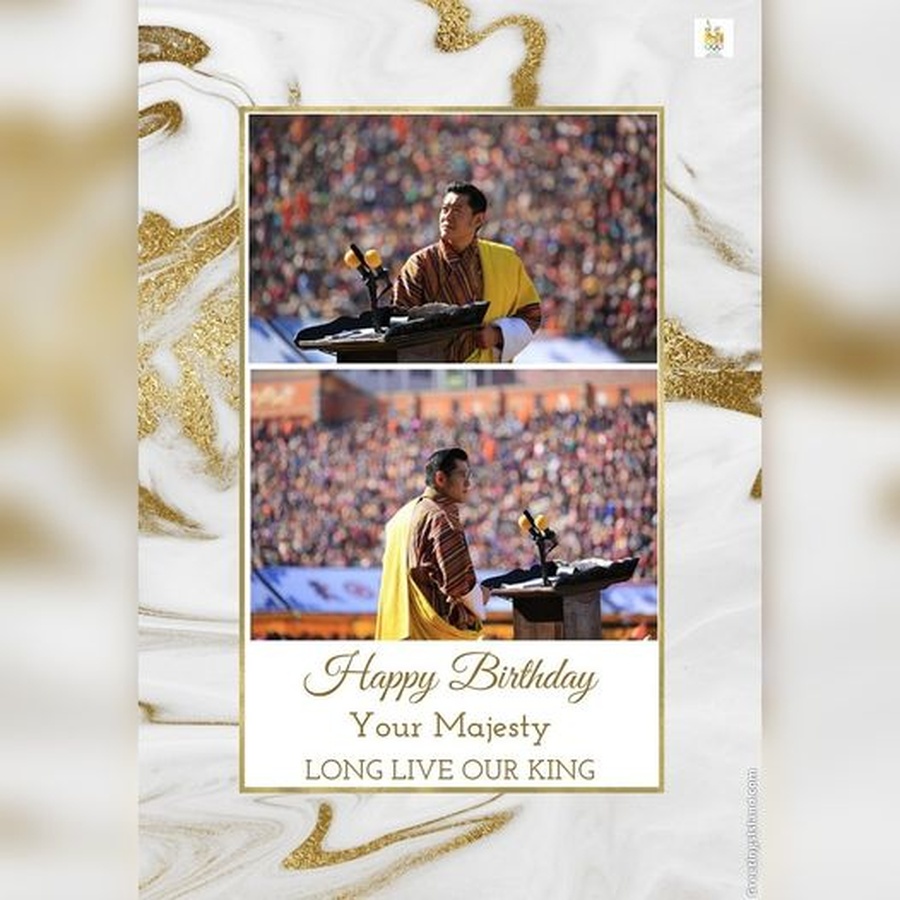 Thimphu, Bhutan, February 22, 2021: The Bhutan Olympic Committee celebrated the 41st birthday of His Majesty the King of Bhutan on Sunday, February 21.

In a Facebook post, the Olympic Committee stated: “On the joyous occasion of the 41st birth anniversary of His Majesty the Fifth Druk Gyalpo Jigme Khesar Namgyel Wangchuck, the Bhutan Olympic Committee joins the nation in offering our heartfelt wishes and prayers for His Majesty's good health and long life.”

The BOC also reports that the Bhutan Amateur Athletics Federation is hosting a 41km virtual run from February 21-25 to mark the King’s 41st birthday.

Runners can complete the BAAF 41km virtual run in one attempt or over the five days, using the Strava app. All race finishers will be awarded with E-certificates.