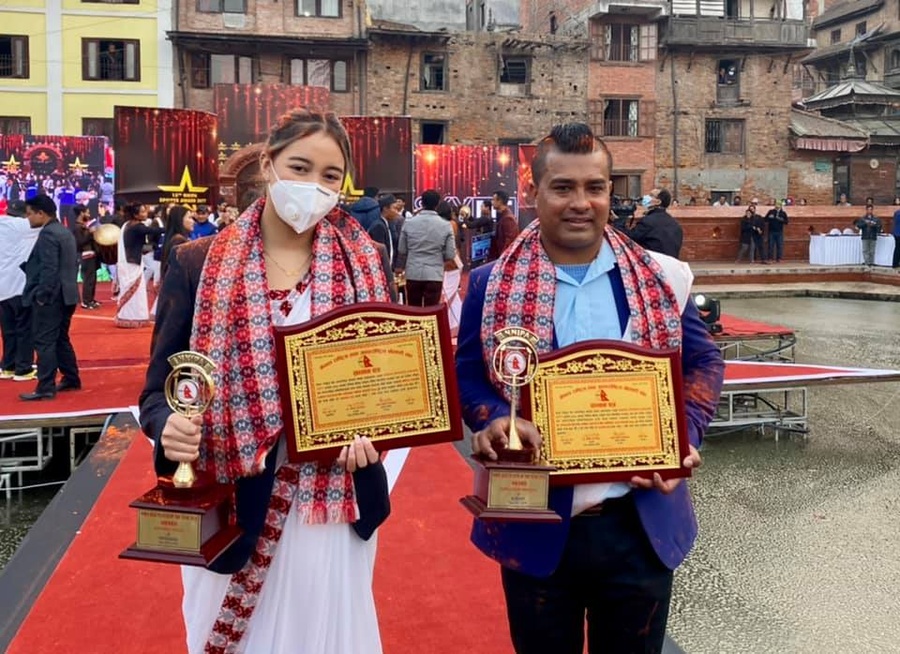 The 2019 South Asian Games in Kathmandu and Pokhara was used as the barometer for the NNIPA Sports Awards with one male athlete and one female athlete in each of the 26 sports at the Games receiving awards.

National football team captain Sujal Shrestha and taekwondo’s Ayasha Shakya were named the most talented athletes. Shrestha led the U-23 men’s team which defended the football title at the South Asian Games while Shakya won two golds in taekwondo. The best athletes were selected from among the 26 winners of their respective sports discipline.

The winners of each sports discipline were recommended by their respective national associations.

The NNIPA Sports Awards were held under the auspices of the Nepal Olympic Committee, the National Sports Council and the Madhyapur Thimi Municipality, with a number of private corporations being sponsors and partners.