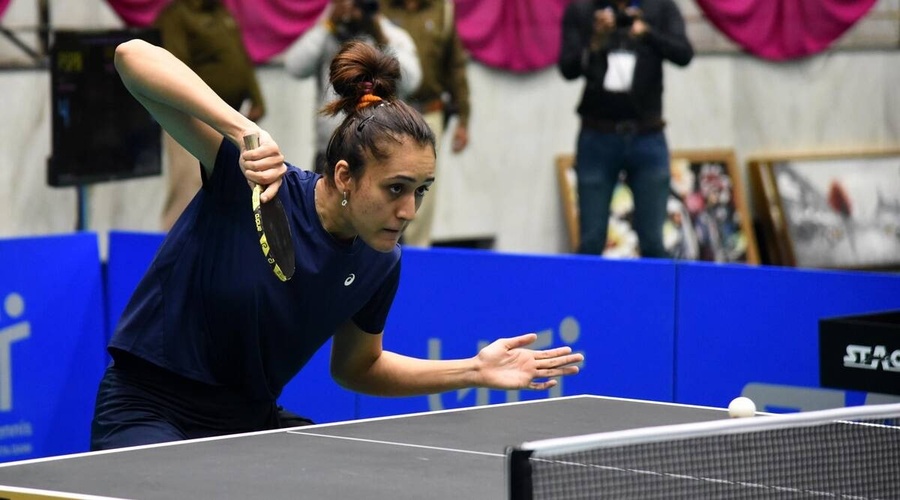 Manika Batra in action on her way to winning the women's singles title at the 82nd Senior National Table Tennis Championship. © Indian Express

New Delhi, India, February 19, 2021: India’s top table tennis player Manika Batra returned to competition for the first time since the pandemic and got an immediate boost by winning the women’s singles final at the National Championships in Panchkula on Thursday, February 18.

Batra, 25, didn’t have much time to celebrate her 4-2 victory over Reeth Rishaya as she packed her bags and left for the airport to return to her training centre in Pune to step up preparations for her campaign to qualify for the Tokyo Olympics.

“I am very happy winning the title here as I had prepared the way I wanted during the last six months,” she was quoted by the Indian Express.

The 2018 Asian Games bronze medallist in mixed doubles – India’s first ever Asian Games medal in the sport – is now looking ahead to booking her ticket to Tokyo.

“I played my best in this tournament - and thinking that I am the best helped me. This week, my mind was focused on the nationals but, once I reach Pune, the training and focus will shift to the Contenders and the Tokyo Olympic qualifiers in Doha,” Batra said.

Apart from Batra, India’s top male players, Sathiyan Gnanasekaran and Achantha Sharath Kamal, will also look to qualify for Tokyo in the singles event. Both the Indian men’s and women’s teams had failed to book their berths at the ITTF World Team Qualification in Gondomar, Portugal in January 2020.