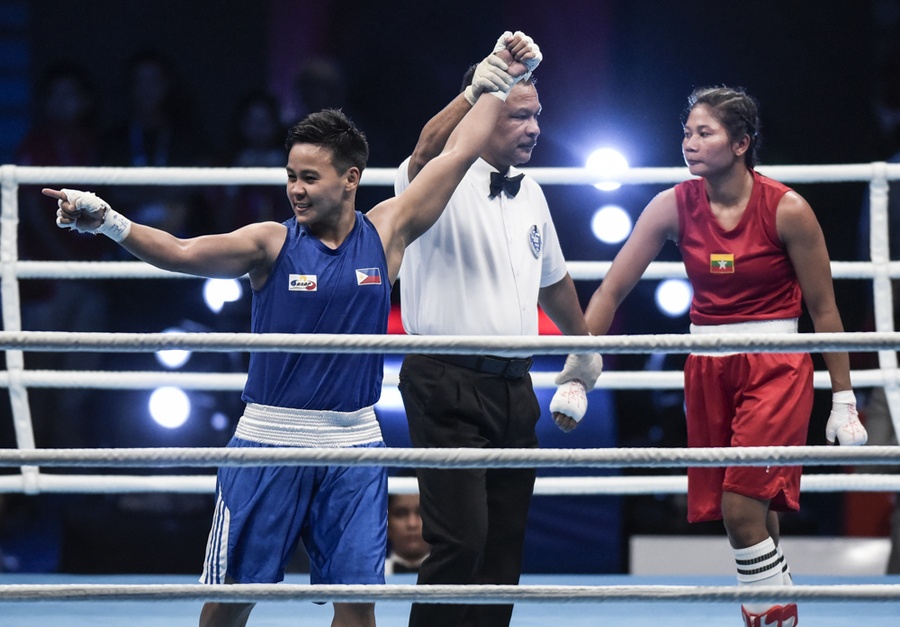 Manila, Philippines, February 16, 2021: The Philippines has always enjoyed an illustrious boxing culture with the legendary Manny Pacquiao obviously at the top of the heap.

But now the women are fighting back – and using the Tokyo 2020 Olympics as a platform to push their sport and gain more recognition.

Flyweight Irish Magno has already qualified for Tokyo 2020, winning a box-off at the Asia/Oceania Olympic qualifying tournament in Amman, Jordan last March, and reigning world featherweight champion Nesthy Petecio is hoping to join her in Tokyo via a last-chance world qualifying event.

“For me, it’s going to be a challenge and every one of us in the national team wants the sport to bloom so that more people will know about women’s boxing,” Petecio told the Philippine Inquirer.

Magno, Petecio and the country’s first AIBA women’s world champion in 2012, Josie Gabuco, have collected several accolades for the Philippines but they still feel the stigma when it comes to the difference between males and females in the boxing landscape.

“When you say women’s boxing in the Philippines there’s always the doubt because they’ll always think that women can’t do it because this sport is mainly for men,” said Petecio.

“Once we hear that, it’s just challenging us to be better. I’ve proven that, in 2019 in the world championships, it’s not just the guys who triumph atop the ring but also the girls. What the men can do, the women can as well.”