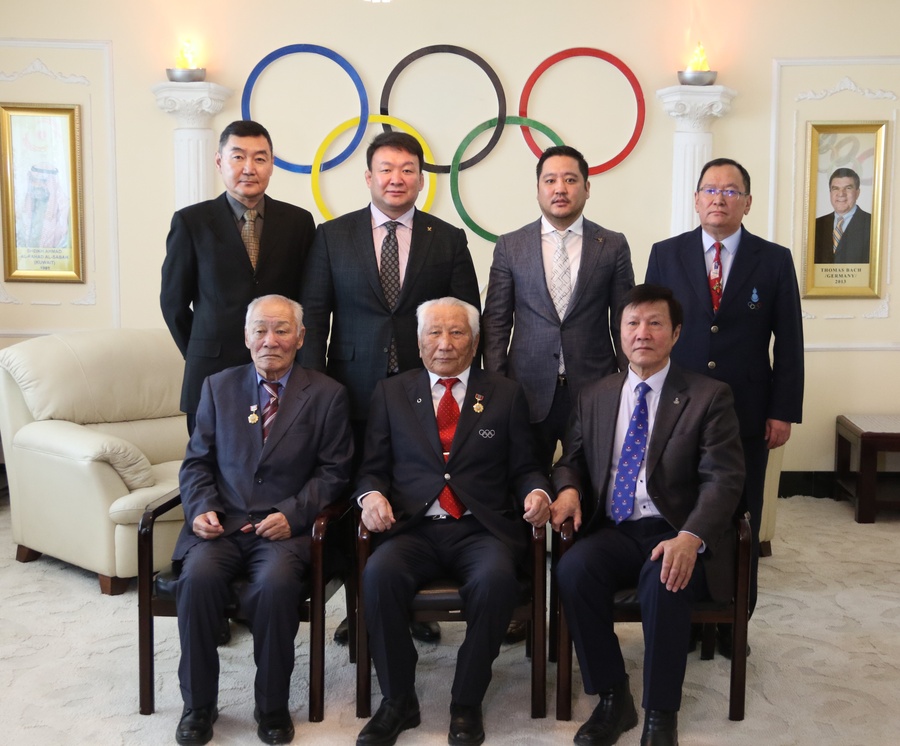 Ulaanbaatar, Mongolia, February 16, 2021: The Mongolian National Olympic Committee welcomed past presidents to Olympic House on the occasion of the 65th anniversary of the founding of the NOC in 1956. Mongolia NOC reports that the former presidents are all safe and in good health.

Naidan Tuvshinbayar, the current NOC President, expressed profound thanks for their great contribution to the establishment, development and advancement of the Olympic Movement in Mongolia over the past decades.

The Mongolian National Olympic Committee was officially founded on February 26, 1956 and became affiliated to the IOC in 1962 during the 59th IOC Session in Moscow. There have been 12 NOC presidents since its inception.

Team Mongolia has competed in 27 editions of the Winter and Summer Olympic Games since 1964 and has won two gold, 10 silver and 14 bronze medals in wrestling, judo, boxing and shooting.