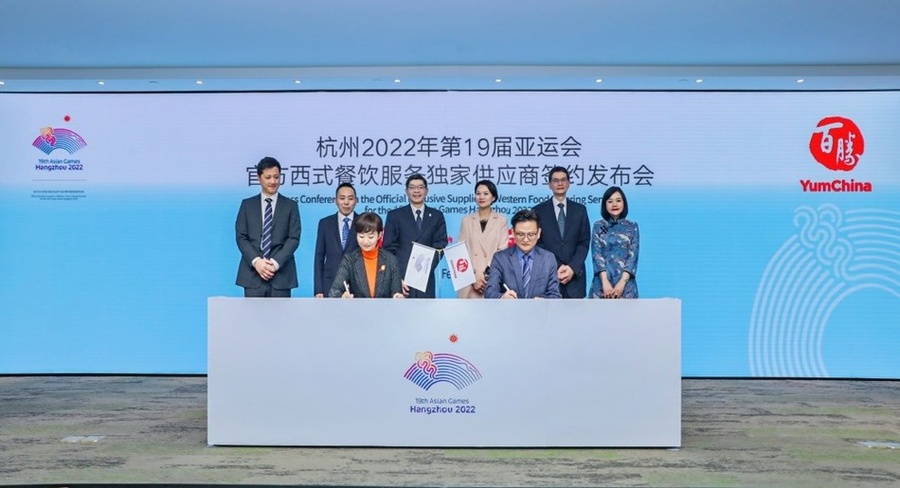 As Aux joined the supplier team, the number of the Games’ exclusive official suppliers for the event has reached five; the other four are dedicated to household kitchen appliances (Robam), architectural ceramics (Monalisa), smart lighting systems (Your Light) and western catering service (Yum China).

The signing ceremony for Yum China had taken place two days earlier on February 5. Yum China Holdings, Inc. became the exclusive official supplier of western catering service for the Games, another honour won by the corporation to provide service for major sports events.

Since the beginning of 2021, HAGOC has doubled its efforts to exploit the market for the Asian Games. In the next stage it will expand cooperation with enterprises and make more effort to seek agents to secure sponsorships for the event at various levels and in various fields.

The 19th Asian Games, which will run from September 10-25, 2022, now has 10 Official Prestige Partners and five Official Exclusive Suppliers.