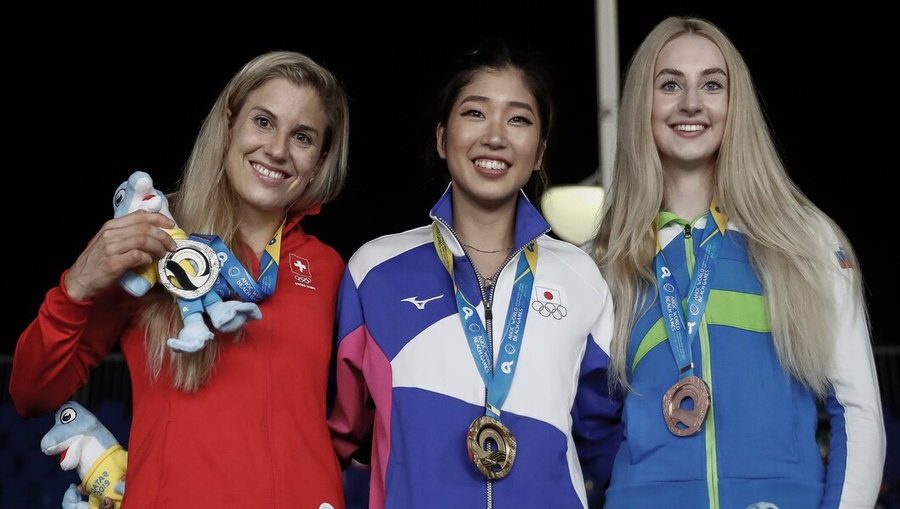 Lausanne, Switzerland, October 29, 2019: There is no doubt which sport provided gripping viewing at the 18th Asian Games in co-host city Palembang, Indonesia, in 2018: sport climbing.

The speed, agility and strength of the athletes in the various disciplines proved to be tense, cliff-hanging entertainment for the spectators, who packed the stadium every evening.

This excitement continued at the first ANOC World Beach Games in Doha, Qatar, from October 12-16 and set the scene for the sport’s Olympic Games debut in Tokyo next summer.

The Tokyo 2020 sport climbing competition will feature a combination of the three traditional disciplines: speed, bouldering and lead.

There will be two gold medals – one for women and one for men – and 20 athletes will compete in each gender competition at the sport climbing venue in Aomi.

At the inaugural World Beach Games in Doha, Miho Nonaka and Kai Harada of Japan won the two gold medals up for grabs in the sport climbing bouldering events, underlining the extent of Japan’s ambitions at Tokyo 2020.

Here is a look at the three disciplines:

*Speed: The speed routes are always the same in all competitions. The walls are 15m high and set at an angle of 5° and contain some 20 holds. Climbers tackle the wall two at a time.

*Bouldering: The walls are relatively small and have landing mats at the bottom. The course consists of three “boulders” in the final (four in the qualifying rounds) and the walls are set at angles of up to 30°. The aim is to reach the summit in as few attempts as possible. The climbers have a maximum of four minutes to complete the climb (five minutes in the qualifying rounds) and do not get to see the route beforehand. Each athlete has to work out how best to climb to the top.

*Lead:, The wall is 15m high with overhangs measuring 9 to 10m and the routes are designed to present athletes with a range of difficulties. The climbers have just one attempt to reach the summit and the aim is to go as high as possible. In the event of a tie, the winner is the climber with the fastest time.

NOTE: The final rankings will be determined by multiplying the placing in each discipline (e.g. first place in speed, third in bouldering and fifth in lead means 1x3x5 = 15 points), so the athletes with the lowest scores win the medals.