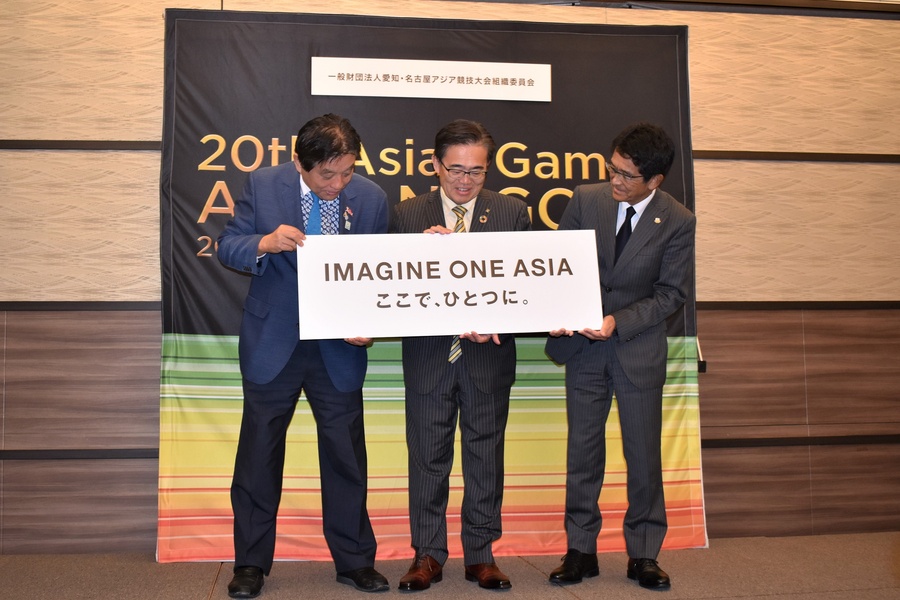 “Imagine One Asia” was created by Waka Sakamoto, a famous copy writer in Japan, and selected as the final candidate through careful examination by the slogan selection panel. The slogan was finalised at an Executive Board meeting held just before its official release.

Alongside the release of the slogan, the organisers claimed that sport has the power to bring people together beyond the barriers of language, culture and nationality. They hope that the Aichi-Nagoya 2026 Asian Games will be the opportunity for everyone in Asia to imagine their own “One Asia” through the power of sport so that the ties among Asian people will strengthen and they can go forward to a bright future.