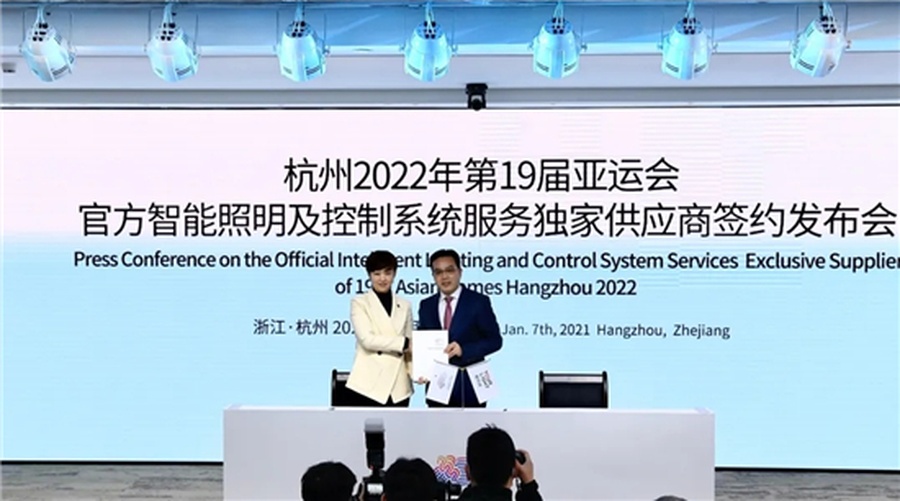 Hangzhou, China, January 21, 2021: The organising committee of the OCA’s 19th Asian Games in Hangzhou, China in 2022 has welcomed the third exclusive official supplier to its sponsorship programme, HAGOC announced on January 20.

A press conference was held to celebrate the partnership between HAGOC and Guangzhou Y-Light Lighting Technology Co. Ltd.

Y-Light will be the exclusive official supplier of intelligent lighting and control system services of the Hangzhou Asian Games.

“HAGOC will keep expanding the scale of cooperation with different enterprises and make greater efforts to attract sponsorship and investment of multiple levels and categories,” HAGOC said.

The 19th Asian Games will run from September 10-25, 2022 and HAGOC has a robust marketing and sponsorship programme at various levels and categories.