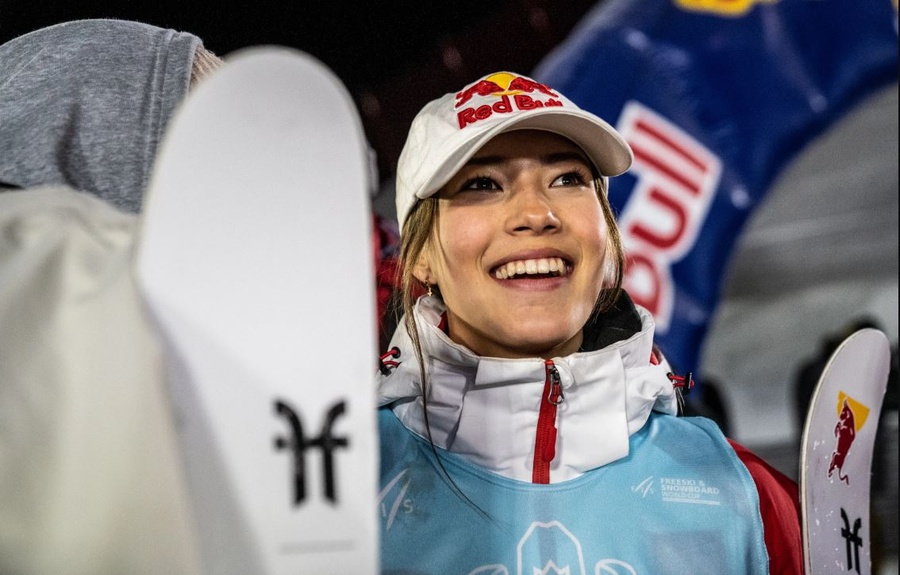 Lausanne, Switzerland, January 20, 2021: Chinese freestyle skier Eileen Gu Ailing was undoubtedly one of the stars of the Winter Youth Olympic Games Lausanne 2020, winning two gold medals in halfpipe and big air and one silver in slopestyle.

Now she is hoping to ski to the top of the podium on the biggest stage of all – the Winter Olympics on home snow in Beijing in 2022.

In an interview with the IOC’s www.olympic.org, 17-year-old Eileen spoke of her pride in wearing the Chinese flag at the Winter YOG.

“It truly was a really special moment because I think the Olympic Games mean so much to every athlete, no matter where you're from,” she said.

“But, right now, I think the Olympic Games have a very special meaning in China because it's serving to act as a platform to introduce the sport to so, so many people who previously had never heard of it.

“China has an ambition to get 300 million people on snow before the Olympic Winter Games Beijing 2022 and so there's this burgeoning and explosive opportunity to introduce the sport and passion for sport to so many people.”

She hopes to win gold in Beijing but adds: “I really want to be able to do something and make a difference with the platform that I have earned and hopefully will expand on in the future.

“If I'm 80 years old and looking back at my life, I don't think the number of medals is going to matter as much as memories of reading messages from young girls saying that I was the one who inspired them to start skiing, or who showed them that it was possible to do bigger tricks and that women could do it, too.

“To be able to inspire them – that's a really big thing for me. My biggest ambition is just to make a difference and to be able to utilise those opportunities for the greater good.”