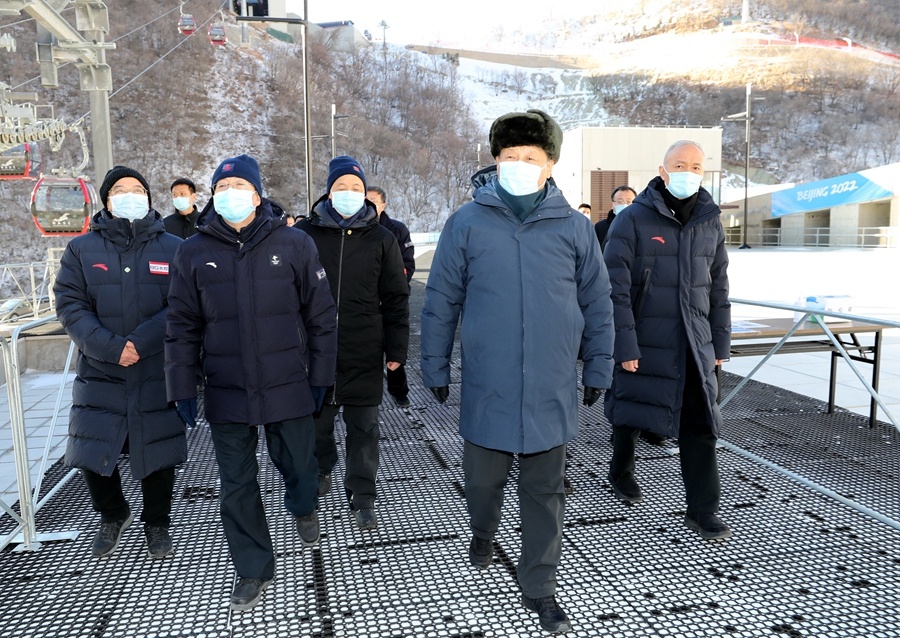 President Xi made the remarks during an inspection tour in Beijing on Monday, January 18 on the preparatory work for the Games.

At the Capital Gymnasium, athletes and coaches of China's national figure skating and short track speed skating teams told Xi of their preparations for Beijing 2022 and expressed confidence in winning gold medals.

President Xi said that the CPC (Communist Party of China) Central Committee paid great importance to the preparatory work ahead of Beijing 2022 and added that both the Party and the Chinese people had given tremendous support in both material and spiritual terms.

The President noted that he was very gratified to see that the preparations for Beijing 2022 were well underway and that the athletes' training was producing good results. He also expressed confidence that the 2022 winter sports extravaganza would be a success and would boost winter sports participation among the population.

At the National Alpine Skiing Center in Yanqing District, President Xi observed the operations of the Alpine skiing competition venue and also took in a training session for athletes in the competition's finishing area.

The foundation of building a sporting powerhouse lies in mass sports, he said.

President Xi called for the development of China's winter sports, especially snow sports, as well as better promoting winter sports among 300 million people. He also expressed hopes that hosting the Beijing Winter Olympics in February 2022 would contribute to China's goal of becoming a global sporting power.

"Let's go, Chinese winter sports," attendees chanted in unison as President Xi was set to depart from the skiing center.