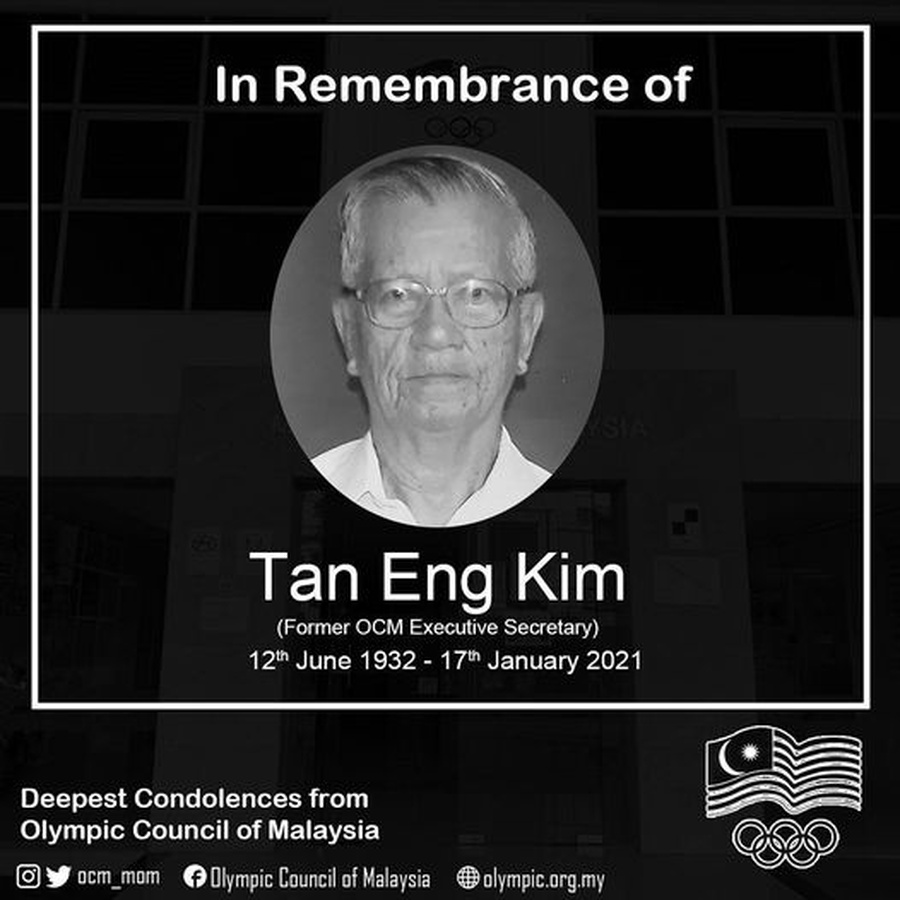 Kuala Lumpur, Malaysia, January 19, 2021: The President, Executive Board and Management of the Olympic Council of Malaysia wish to express their deepest condolences to the family members of the late Mr. Tan Eng Kim, who passed away peacefully on Sunday, January 17.

Mr. Tan was a long-serving staff member of the OCM for over 30 years. His last position, prior to his retirement in 1998, was Executive Secretary, OCM.

“He was a dedicated and hardworking sports leader who contributed very much to the development of the OCM and to Malaysian sports,” the OCM said in a tribute on their Facebook page.

Tan Eng Kim was elected to serve as Honorary Treasurer of the Malaysian Amateur Athletics Union from 1974 to 1990. He was also Chairman of the Protem Committee which set up the Soft Tennis Association of Malaysia in 1990.

He was later elected Deputy President of the soft tennis association for the term 1998-1999 and contributed tremendously to the development of soft tennis in Malaysia in the 1990s.