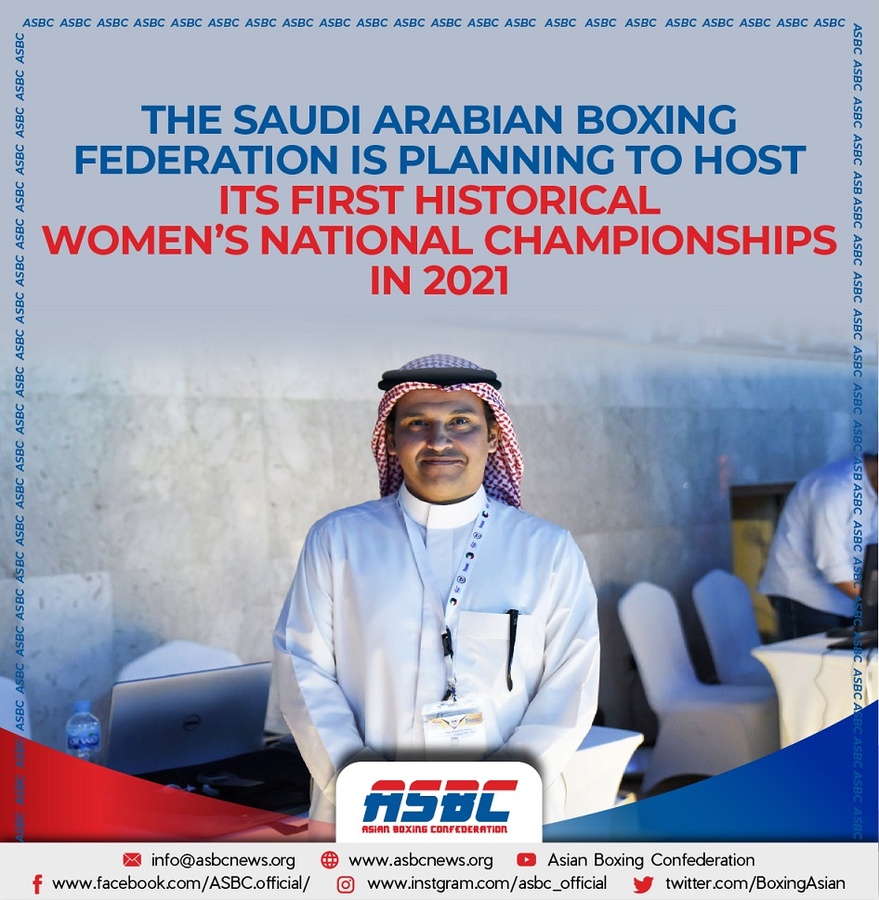 The dates have still to be decided, as officials are waiting for the pandemic situation to become more stable, but the ASBC says that the planned event is part of the boxing programme for 2021.

The Saudi Arabian Boxing Federation plans to build on this historical first by hosting international women’s championships in the near future, the ASBC adds.

“Their absolutely-new planned activity is the first historical edition of the Saudi Arabian Women’s National Championships in 2021 to continue the Asian continent’s important Gender Equality in our sport,” reports the ASBC.

“The wearing of Hijab was approved in the international and national boxing events almost two years ago and supports the West Asia region to join the women’s competitions.

“The number of women boxers who train regularly in Saudi Arabia is around 50, according to their database, and they are ready to fight for the very first time in a competition. The date of the historical competition is under the supervision of the Saudi Arabian Boxing Federation and depends on the Covid-19 situation.”

In a report on January 14, ASBC adds that the development of women’s boxing is the new commitment of the Saudi Arabian Boxing Federation management following the launch of grassroots programmes for the youngest age groups.