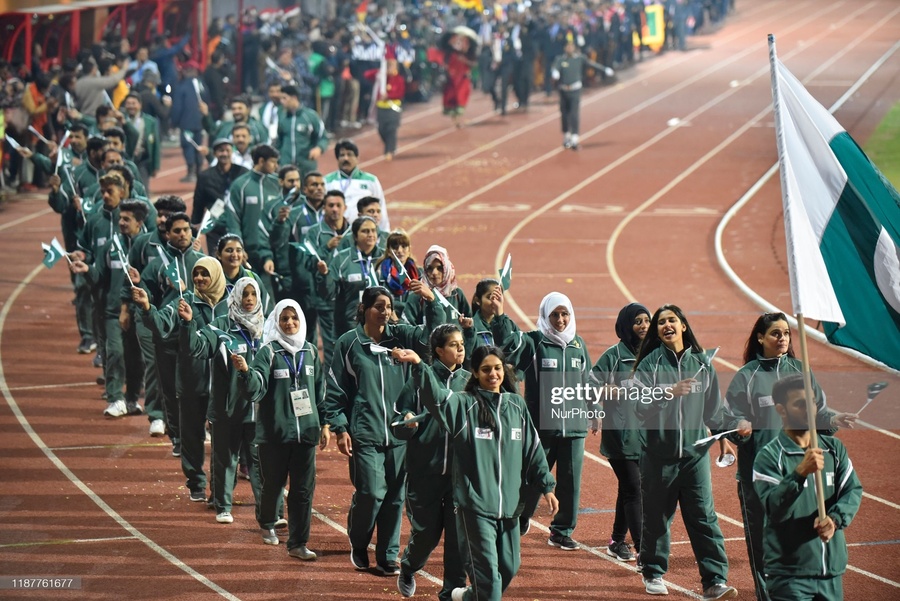 The Pakistan contingent at the Opening Ceremony of the 13th South Asian Games in Nepal. © Getty Images

The decision was taken after the President of the Pakistan Olympic Association, Lt. Gen (retd.) Syed Arif Hasan, gave a detailed presentation in a meeting on Monday, January 11, chaired by the Prime Minister.

The dates of the South Asian showpiece have not yet been officially announced and it is believed that the Pakistan Olympic Association will finalise the dates in consultation with the South Asian Olympic Council.

“I have heard that the green light has been given by the Prime Minister of Pakistan for the South Asian Games to go ahead but we have still not heard when it will be held. I believe it will most likely be some time next year,” said SAOC official Maxwell de Silva, who is also Secretary-General of the Sri Lanka National Olympic Committee.

Pakistan Sports World tweeted: "these Games will be held in 2023, Inshallah".

Islamabad hosted the South Asian Games in 1989 and 2004. This time, however, the federal capital will only be one of a number of host cities with Lahore, Sialkot and Faisalabad also lined up as host cities.

The last South Asian Games was held in Kathmandu and Pokhara, Nepal in December 2019. Pakistan finished fourth in the medal standings behind South Asian powerhouse India, Nepal and Sri Lanka.