Third round of testing produces one positive case at Bangkok badminton 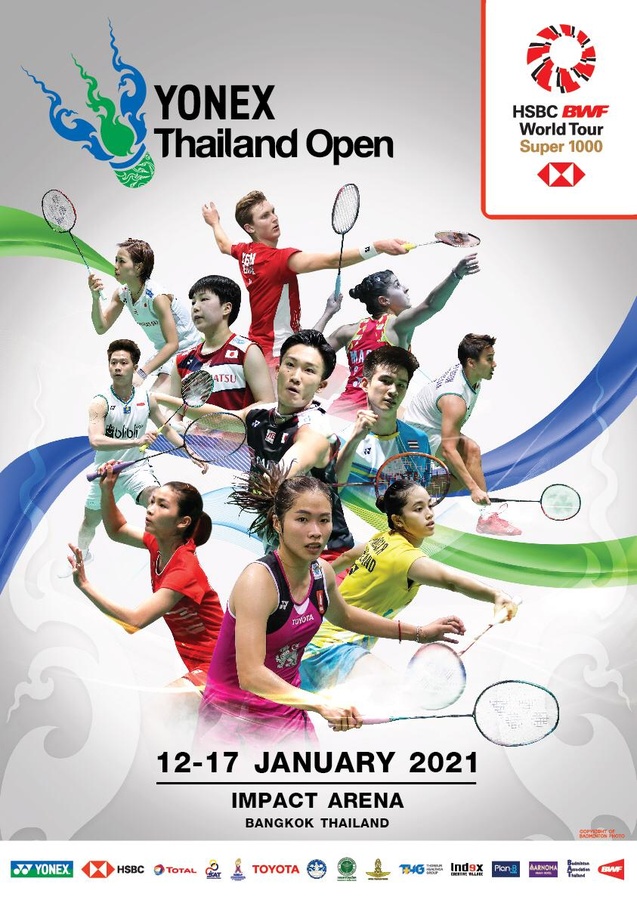 Bangkok, Thailand, January 12, 2021: The Badminton World Federation can confirm four players tested positive for COVID-19 in Bangkok on Tuesday, January 12 after the third round of mandatory testing was conducted the previous day.

BWF was informed of this development on Tuesday morning - hours before the start of the YONEX Thailand Open, the first tournament of the Asian Leg of the HSBC BWF World Tour.

The four players involved were from India (2), Germany and Egypt.

Upon retesting the same specimens, one player from India and both players from Germany and Egypt were found to be negative. These three players will be retested today (Tuesday).

One Indian player remains positive and is in isolation for a minimum of 10 days at the hospital. That person will be tested again on Tuesday also. The match involving this player was declared a walkover.

Today’s match featuring the roommate of this player has also been declared a walkover. That player is in self-quarantine and also subject to another test on Tuesday.

BWF and the Badminton Association of Thailand will continue to follow all protocols outlined by the local health authorities to ensure the safety of all other participants.

The entire Indian team has been categorised high risk by Thai health authorities and all players and team entourage are currently self-quarantining in their rooms at the hotel and will be subject to a PCR test on Tuesday.

Each individual is subject to daily testing until further notice from the Department of Disease Control, but players can continue to play upon producing a negative result.

Indian players scheduled to play on Tuesday will be allowed to come to the venue. No coaches, managers or other personnel from Team India are allowed.