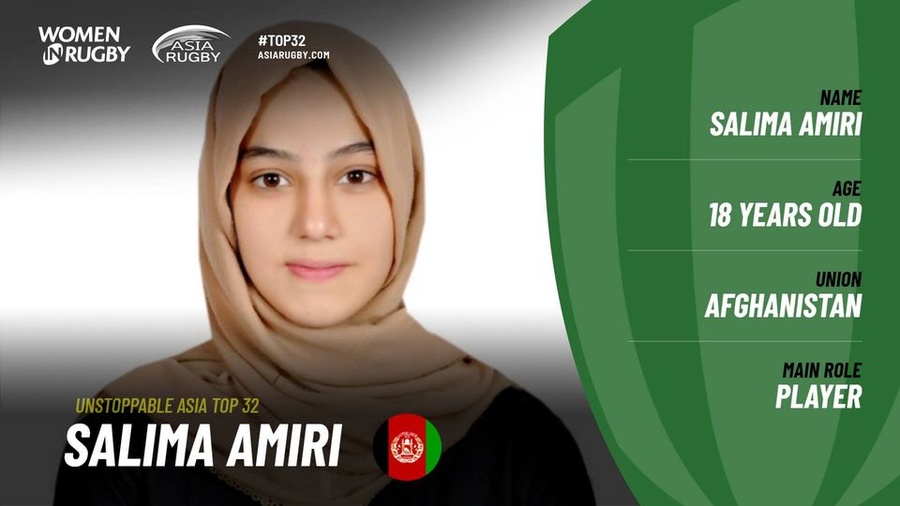 Salima, 18, plays for the national women’s team in Afghanistan and has been included in the top 32 of the Asia Rugby brand known as “Unstoppable Asia”.

“Congratulations to Salima Amiri, Afghanistan national rugby player, for being Top 32 on #unstoppable #Asia rugby,” the Afghanistan NOC said in a Facebook post, alongside a picture and facts box of the rugby-playing teenager.

In 2019, the sport’s global governing body World Rugby launched the “Try and Stop Us” campaign using the inspirational stories of 15 ‘Unstoppable’ women from around the world. They have challenged barriers to participation and demonstrated how rugby has empowered them to get where they are today, both on and off the pitch.

Asia Rugby picked up on this theme and member unions put forward their own ‘Unstoppables’.

In total, 84 applications came in – and a list of the Top 80 was complied. These names were then reduced to 32, including Salima Amiri from the Afghanistan Rugby Federation – and Asia Rugby is now assembling the Top 15 Unstoppables to highlight their “Try and Stop Us” spirit in playing the game.