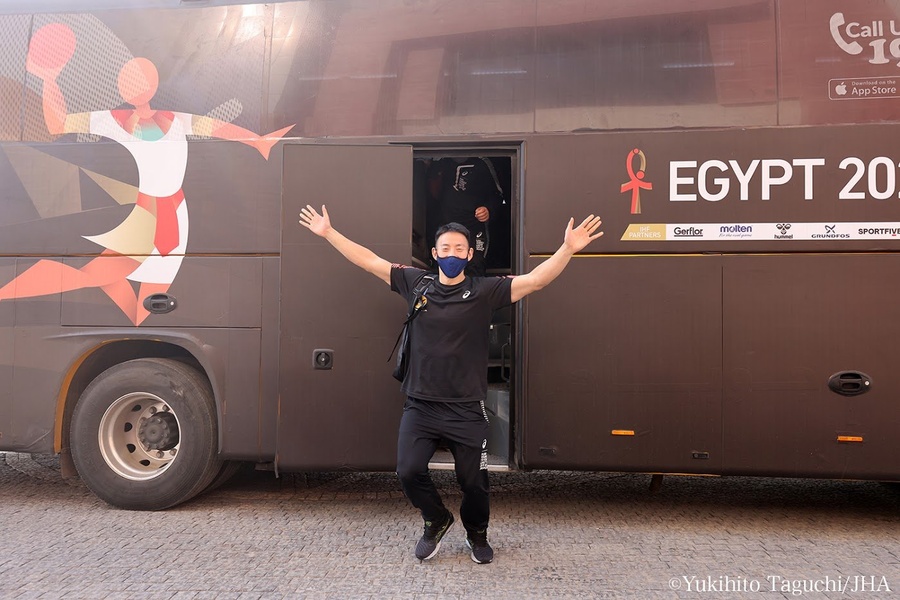 Japan was the first team to arrive in Cairo for the men’s handball world championship. © Yukihito Taguchi /JHA

The event features 32 teams for the first time and they have been drawn into eight groups of four in the opening Group Phase. Qatar and Japan will compete in Group C, Bahrain in Group D and Korea in Group H.

The Japanese were the first team to arrive in Cairo, on Sunday, January 3, and experienced the strict measures relating to the “Egypt 2021 COVID-19 Medical Precaution Plan”.

The players were met directly from the plane by a special COVID-19-secure Egypt 2021 bus before being PCR-tested for the first time.

Japan’s coach, Dagur Sigurdsson, said: “Since we arrived, everything has been great from the reception at the airport to transport to the hotel. Our players are in good health and we are looking forward to a good tournament. We can see that Egypt has done a great job organising the event and have prioritised players’ health and safety in these tough times.”

Since their arrival, the Japan team delegation have taken a PCR test every 48 hours with all results coming back negative to date.