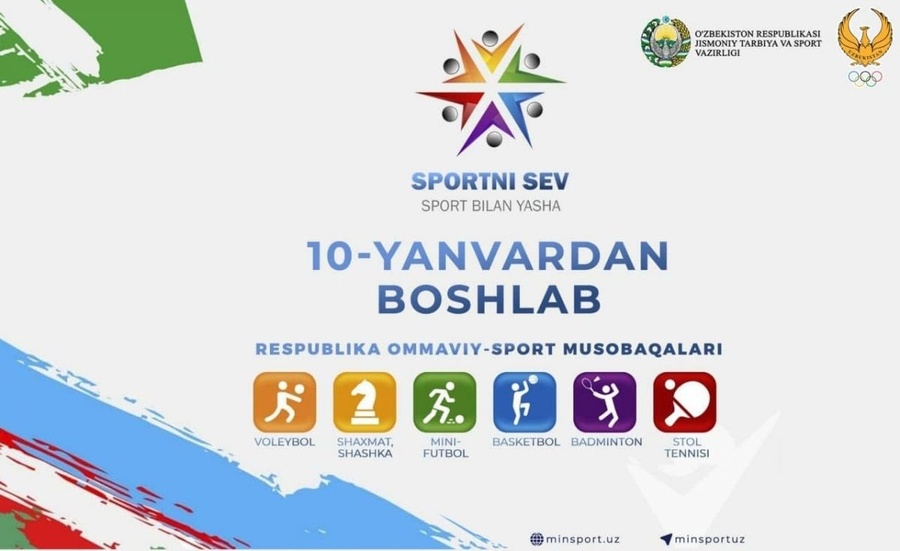 Tashkent, Uzbekistan, January 12, 2021: The National Olympic Committee of Uzbekistan together with the Ministry of Physical Culture and Sports is holding a large sports festival – ‘Love sports, live with sports’ – across the country.

The countrywide event began on Sunday, January 10, and will feature six sports – mini-football, badminton, basketball, chess, table tennis and volleyball – and will be held in three stages culminating in a Grand Final at the end of the year.

The festival will be staged in nine regions across the country including Andijan, Bukhara, Samarkand, the Republic of Karakalpakstan, Tashkent city and Tashkent region.