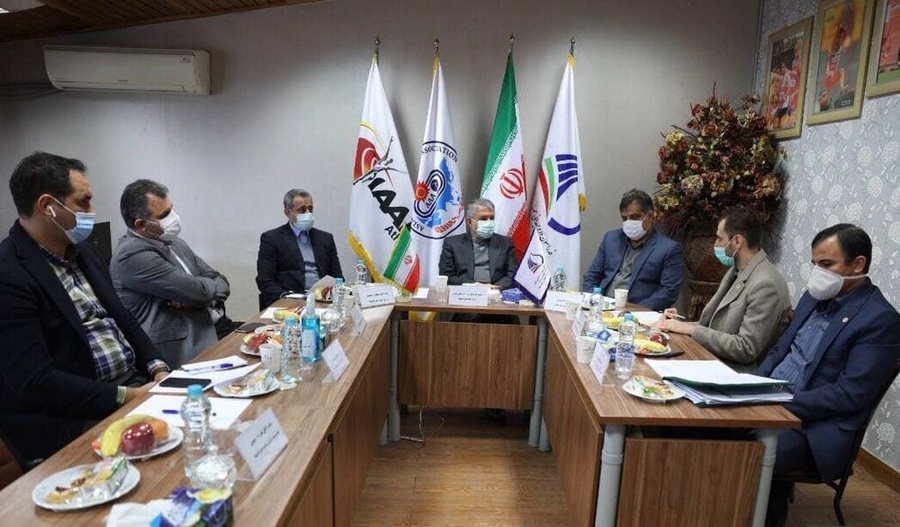 Salehi Amiri was accompanied by NOC Secretary-General Keykavous Saeidi and Peyman Fakhri, Director of the National Teams' Monitoring Centre in the NOC.

“I am confident that athletics will protect our reputation in international events. The sport has spread across the country and can attract talented athletes from the country,” said the NOC President.

“We know that to win a medal in a team sport is a great honour but I believe that taking a medal in athletics is special. It can take us to the optimal point in sport,” Salehi Amiri added.

Salehi Amiri said that the NOC would not stop supporting the Iranian athletes because they were the country’s children.

“Our girls have progressed well over the past years and have convinced us to support them more,” he added.

Hossein Rahmati, a member of the Iran Athletics Federation’s Board of Directors, also talked about the problems the federation faced due to the sanctions.

“Due to the fact that we have financial problems in supplying athletic equipment in the country, we managed to buy new equipment from European and Asian countries by attracting financial resources outside the federation. The first part of the consignment has entered the country and the second part will enter in the next few weeks,” Rahmati said.

“Most of the foreign exchange resources needed to set up the training camps for the athletes outside the country have been provided by the sponsors,” he added.