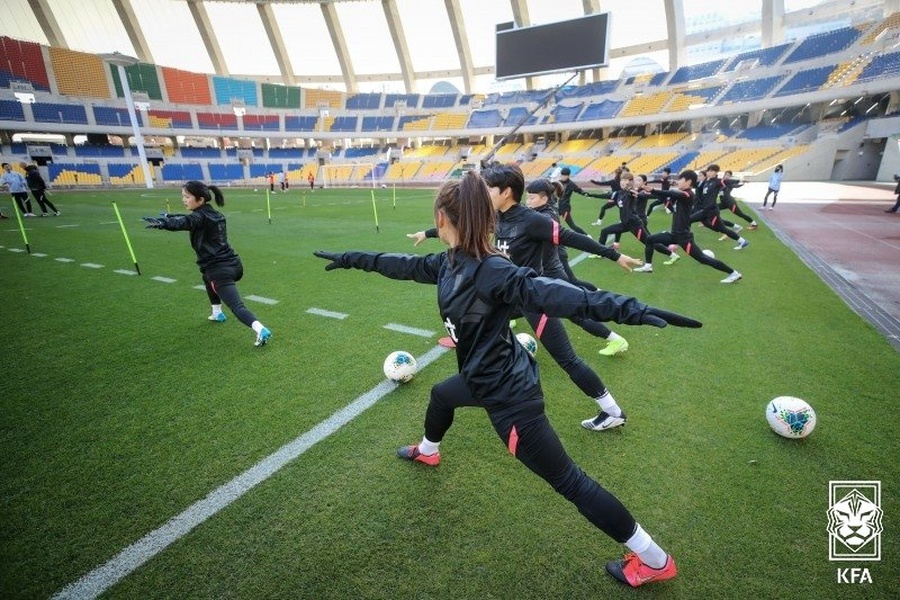 The Korea Football Association (KFA) announced on Monday that the women's team would report to camp in Gangjin, 410 km south of Seoul in South Jeolla Province, next Monday.

The KFA will call up 26 players from the domestic WK League, while overseas-based players currently in the middle of their seasons will not be brought home for the camp.

The 26 players will train in Gangjin until February 10 and then relocate to Jeju Island for the second phase from February 11-18. It will be the first camp for the women's team since November in Busan.

Korea will face China in a two-legged playoff for a spot at the Tokyo Olympics. Jeju will host the first leg on February 19 and the next match will be in Suzhou, China, on February 24. The aggregate score will determine the winner.

Players called up for the camp include forward Jang Sel-gi, the 2020 KFA Female Player of the Year, midfielder Lee Min-a and former under-20 national team star Chu Hyo-ju.

Women's football joined the Olympics in 1996, and South Korea, dubbed the Taeguk Ladies, have never qualified for the event.

The Koreans are ranked 18th in the world, three spots below China. In 37 all-time meetings, South Korea have four wins, six draws and 27 defeats against China.