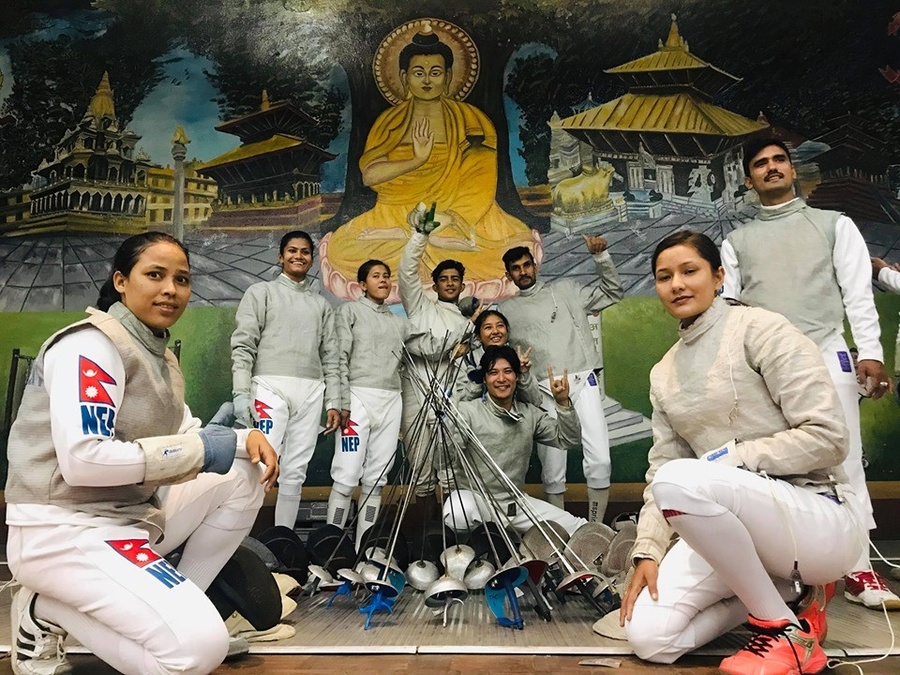 Kathmandu, Nepal, October 28, 2019: A 28-strong Nepalese fencing team will leave for Thailand this week to prepare for the 13th South Asian Games to be held in Kathmandu and Pokhara from December 1-10.

The Nepali fencers will take part in the Chulalongkorn University Open Fencing Championships from November 1-3 and will then undergo a training camp from November 5-20.

Meanwhile Nepal Fencing Association President Sunil Kumar Shrestha has announced cash rewards if medals were won both in team events as well as individual at the South Asian Games.