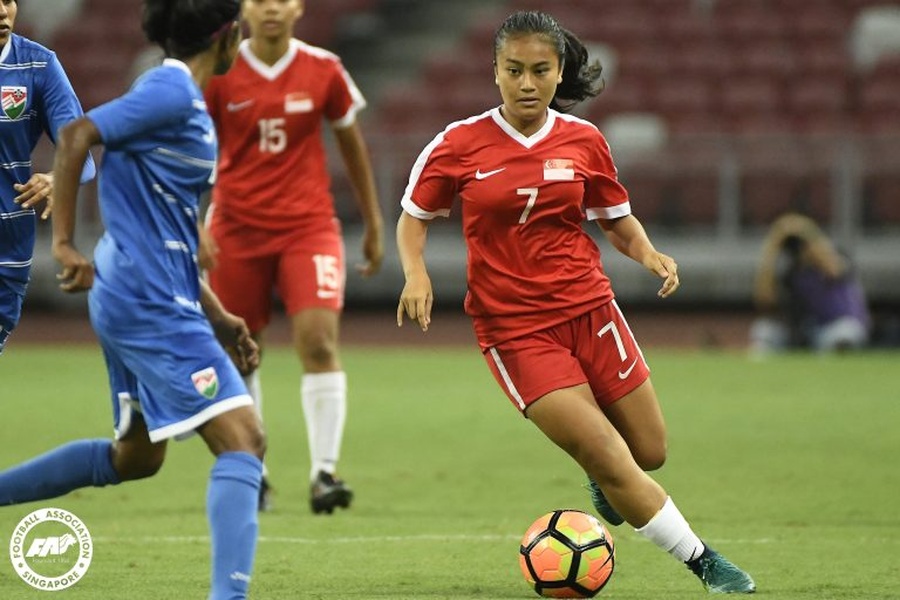 The Football Association of Singapore reports that Putri, who turns 18 in March, has accepted a four-year scholarship at Cumberland University in Lebanon, Tennessee in the United States.

“All the best in your academic and sport pursuits.”

The Singapore Olympic Foundation-Peter Lim Scholarship offers scholarships annually to talented young athletes in a wide range of sports to help them pursue their sports career and their studies.

Putri will enroll in a course to major in Sports Management and also turn out for the university’s team, known as the Cumberland Phoenix. The team participates in the Mid-South Conference Tournament of the National Association of Intercollegiate Athletics (NAIA) and is preparing for the new season, which begins in mid-February.

“I will take it slowly step-by-step but I really hope to make the most of my experiences aboard and hopefully do well enough to play professional football overseas one day,” she said.

“I hope that me being offered the athletic scholarship will spur and motivate other girls to pursue their passion in football since they now know that it is actually possible to achieve something like this,” she added. “We just need to work hard and have faith in ourselves, and eventually everything will work out well.”