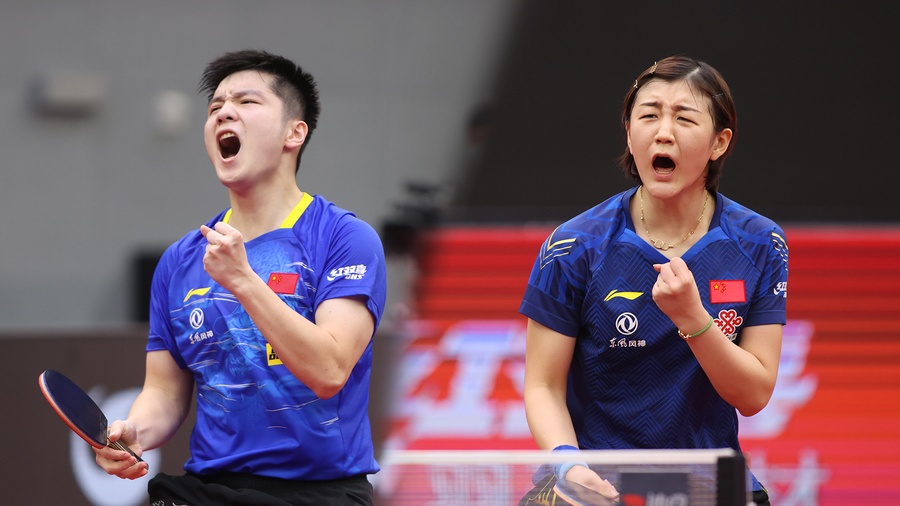 Fan Zhendong (CHN) and Chen Meng (CHN) start off the year at the top. © ITTF

Approved on December 21, 2020 by the ITTF Executive Committee, the now weekly ITTF Table Tennis World Ranking lists have been published for the first time under a brand-new name and structure with Chinese duo Fan Zhendong and Chen Meng starting 2021 as the best players in the world.

The transition from the ITTF World Rankings to the ITTF Table Tennis World Rankings commences with players retaining 80% of their December 2020 ITTF World Ranking points. These points will be progressively reduced by a further 10% every seven weeks up to week 49, which means there is no change to the current top five players in the world.

Of the top 10 in men's and women's singles, eight players are from China and two from Japan, highlighting Asia's total dominance of the global table tennis scene.

In a major change to the publications of the rankings, the ITTF Table Tennis World Ranking will now be published weekly on a Tuesday, that will create more variation in player entry lists and field compositions and lead to greater rankings fluctuations for players and engaging fans by creating more excitement through the rankings.