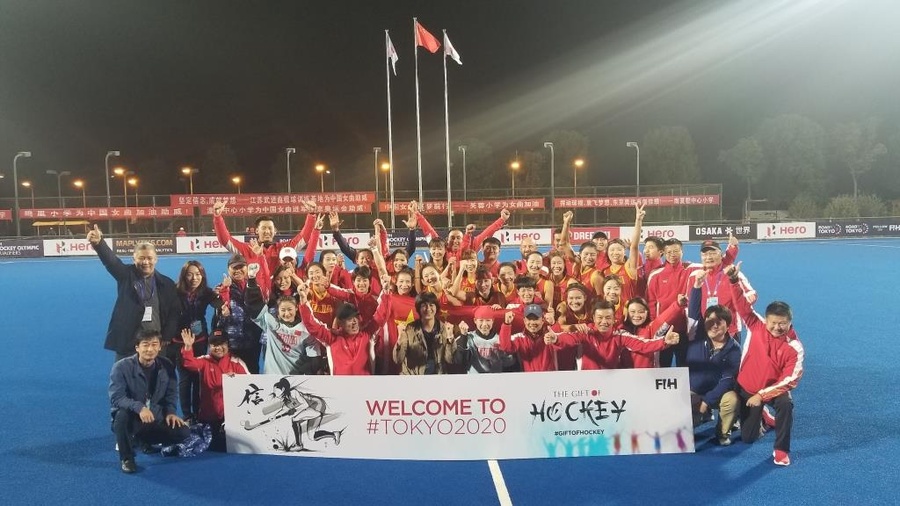 Changzhou, China, October 28, 2019: China booked a place in the women's hockey tournament at Tokyo 2020 by defeating Belgium in a penalty shootout in the two-leg Olympic qualifying play-off organised by the International Hockey Federation.

China lost the first leg 2-0 but won the second game 2-0 with two goals in the last four minutes from Gu Bingfeng (penalty) and Llang Meiyu to make the score 2-2 on aggregate at the Wujin Stadium in Changzhou.

Goalkeeper Li Dongxiao was the hero in the shootout as the home team won 2-1 to qualify for their ninth consecutive Olympics.

Korea, however, were beaten 4-1 by Spain in Valencia and failed to qualify for Tokyo.

In the men’s qualifiers, double Olympic gold medallists the Netherlands were held to a 4-4 draw by Pakistan in the first leg at the Wagener Hockey Stadium in Amsterdam but won the second leg 6-1 to qualify for Tokyo.

The Dutch romped into a 4-0 lead in the first half and Pakistan could not come back.