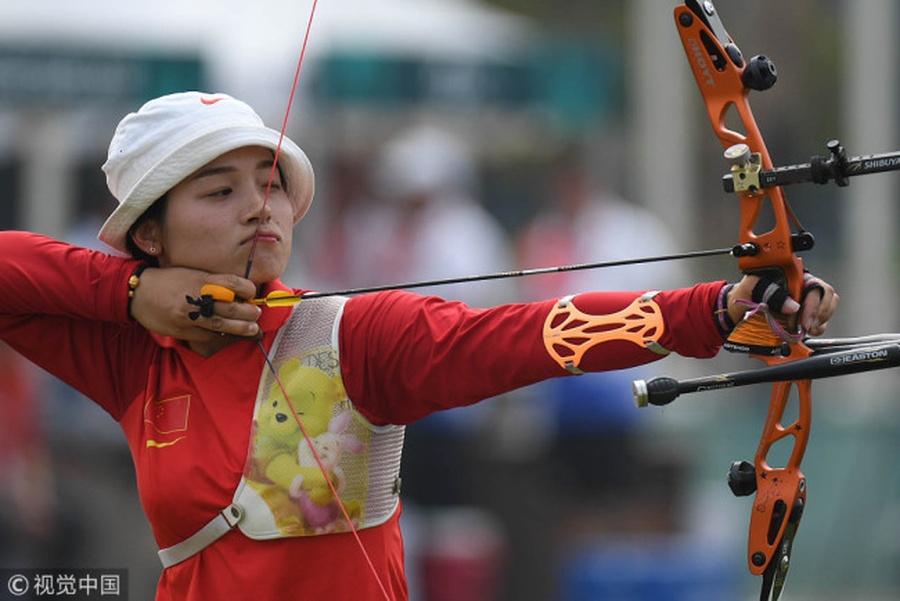 Zhang Xinyan of China competes at the Asian Games in Jakarta in 2018. © VCG

The 25-year-old Zhang, who won the women’s individual recurve gold medal at the 18th Asian Games in Indonesia, is among the eight women and eight men who will compete for six tickets for the Olympic Games this July.

The shortlist was decided after a four-day competition in Sichuan that featured 20 players - 16 from the national team and four who had excelled in nationwide selection trials.

Wei Shaoxuan, a member of the team that earned China its first men's team gold at the 2019 World Championships, ranked first among the eight male athletes while Wu Jiaxin headed the eight female archers.

The 16 athletes will gather in a training camp until March when the final six athletes - three male and three female - will be decided to represent China at the Tokyo Games.

Zhang made history for China at the 18th Asian Games when she won the women’s individual recurve gold medal for the first time in the country’s history.

Zhang defeated Indonesia's Diananda Choirunisa 7-3 in the final. The Chinese athlete was ranked 111th in the world at the time and seeded seventh for the tournament but has since climbed to 47 as of October 4, 2020, according to World Archery.