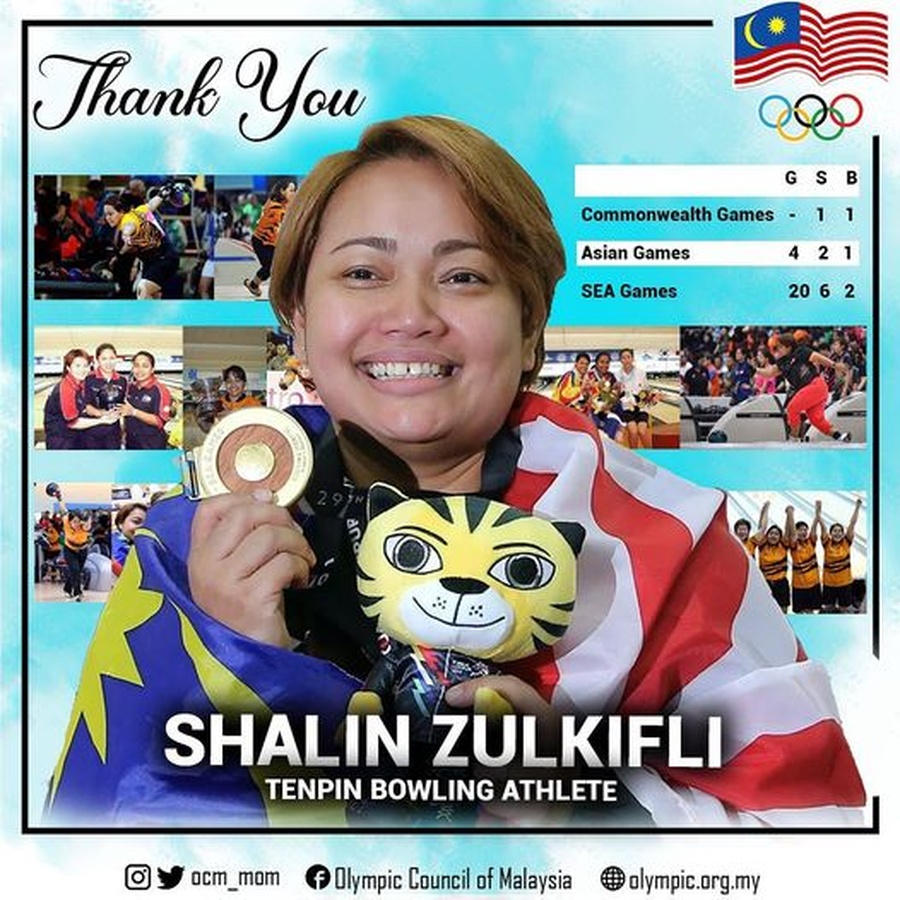 Kuala Lumpur, Malaysia, January 5, 2021: The Olympic Council of Malaysia has paid tribute to ‘tenpin bowling queen’ Shalin Zulkifli, who has retired from the sport after a glittering career.

“The OCM wishes to express its gratitude to Mdm. Shalin Zulkifli, who announced her retirement today, Tuesday, 5 January 2021,” the OCM said in a Facebook post.

“Throughout her amazing 28-year career with the national Tenpin Bowling team, Shalin contributed multiple medals for the Malaysian contingent to the multi-sport games under the jurisdiction of OCM, namely SEA Games, Asian Games and Commonwealth Games.

“The Bowling Queen was awarded the OCM Coca-Cola Olympian of the Year for 1994 and 1999 in recognition of her achievements throughout her career.

On top of this she added 20 gold medals in the Southeast Asian Games.