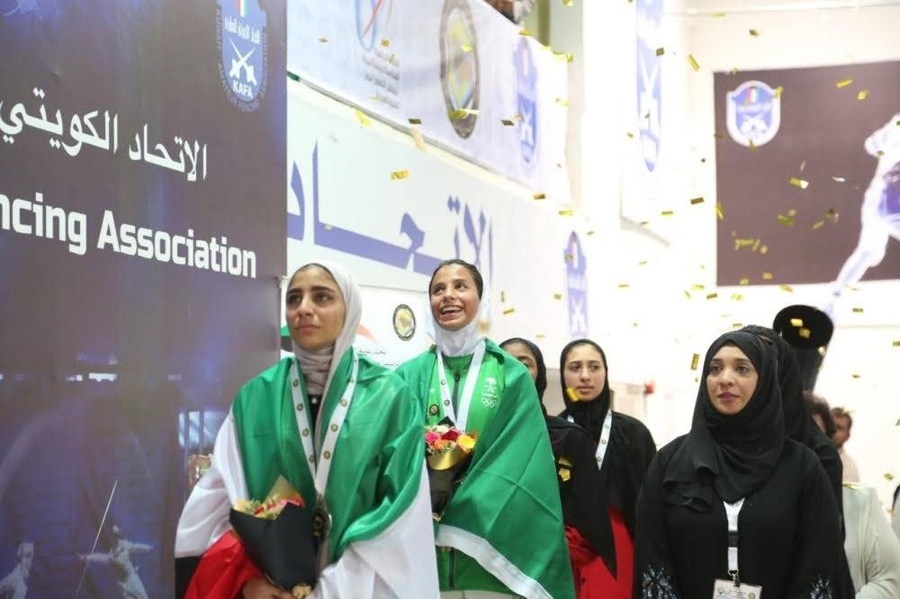 Al-Hammad’s gold medals came in the Individual Sabre and Team Sabre events as Saudi Arabia finished with two golds and two bronze medals – the latter coming in the epee and foil team events.

Princess Nouf Bint Khalid, head of the Saudi delegation at the Women’s Games, said Al-Hammad’s achievement was proof that Saudi women were able to climb podiums, and she predicted this was a sign of things to come.

Al-Hammad told the Saudi Gazette: “The victory came after tireless efforts by everyone and with the support of my family as well as administrators and coaches of the Saudi Federation of Fencing. I thank the Saudi Olympic Committee and the General Sport Authority for without their support women’s sports in the Kingdom could not have reached this level.”

She added: “God willing, this crowning will be the beginning of major Asian and international championships for Saudi women’s sports.”

Along with Al-Hammad, the rest of the gold medal-winning sabre team are Ruba Al-Masri, Sheikha Al-Dosari and Fawzia Al-Dosari.

The 10-day Games brings together women athletes from six GCC nations who are competing in 11 sports.