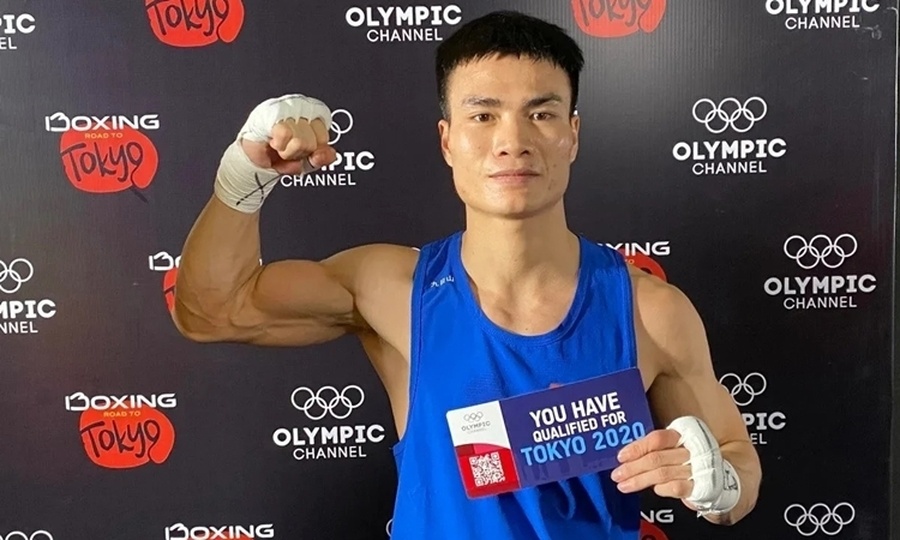 Nguyen Van Duong with his ticket to Tokyo. © VnExpress

Duong won his ticket for Tokyo after defeating Chatchai Decha-Butdee of Thailand in the men’s featherweight (-57kg) quarterfinals of the Asia/Oceania Olympic boxing qualifying tournament in Amman, Jordan in March. He was Vietnam’s only qualifier from this event.

This is the second time in history a Vietnamese boxer will participate in the Olympics after Đặng Hiếu Hiền fought in the 1988 Olympics in Seoul.

Vietnam News rated the top story as the V. League 1 football season being completed amid the COVID-19 pandemic, followed by preparations for the 31st Southeast Asian (SEA) Games to be staged in Hanoi and nearby cities and provinces in November 2021 with 40 sports and 520 medal events.

The following stories completed the top 10:

7, Nguyễn Đạt runs a marathon on the rooftop of an apartment building on April 4, taking 6 hours, 22 minutes and 11 seconds on the 25m track