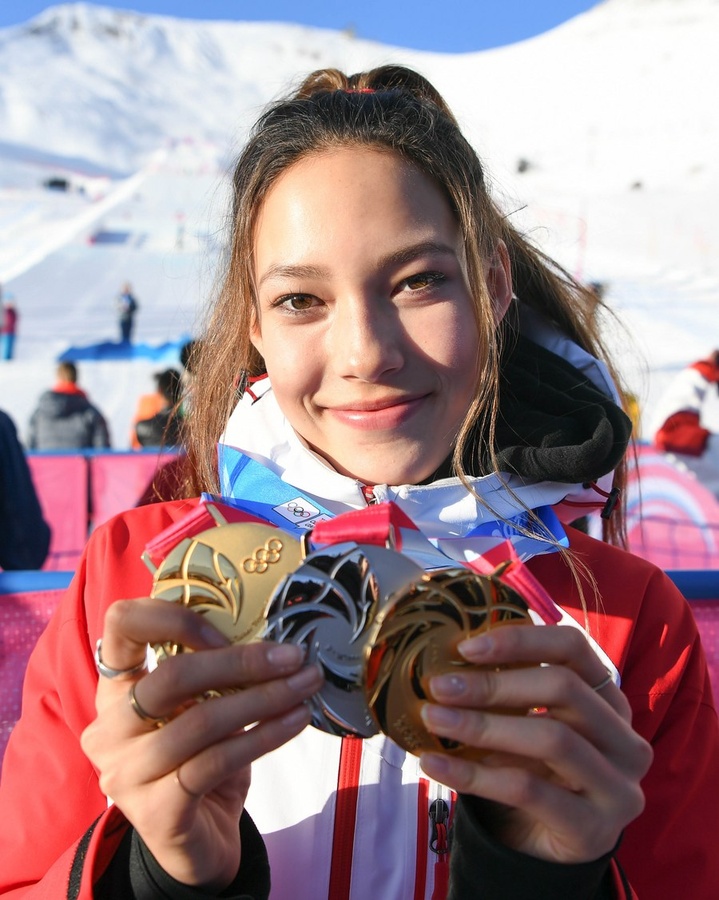 Eileen Gu Ailing of China poses with her medals after the women's freeski big air final at the 3rd Winter YOG in Switzerland on January 22, 2020. © Xinhua/Lu Yang

The student/athlete/fashion model won two gold medals in the women's halfpipe and big air and a silver medal in the slopestyle.

The following month, Gu topped the podium twice in the women's halfpipe and slopestyle events in the FIS Freeski World Cup in Calgary, becoming the first freestyle skier to win back-to-back titles in one World Cup competition.

Her early-season form earned her second place in Xinhua News Agency’s selection of the top 10 Chinese sports personalities of 2020.

In another Xinhua News Agency year-end review, Gu was named third in the world’s 10 global sports personalities of 2020, behind Britain’s Formula 1 world champion Lewis Hamilton and Spain’s Rafael Nadal, who won a record-extending 13th French Open in 2020 for his 20th Grand Slam title.

Gu is set to be one of the faces - and one of China’s biggest medal hopes  - at the Beijing Winter Olympics in February 2022.