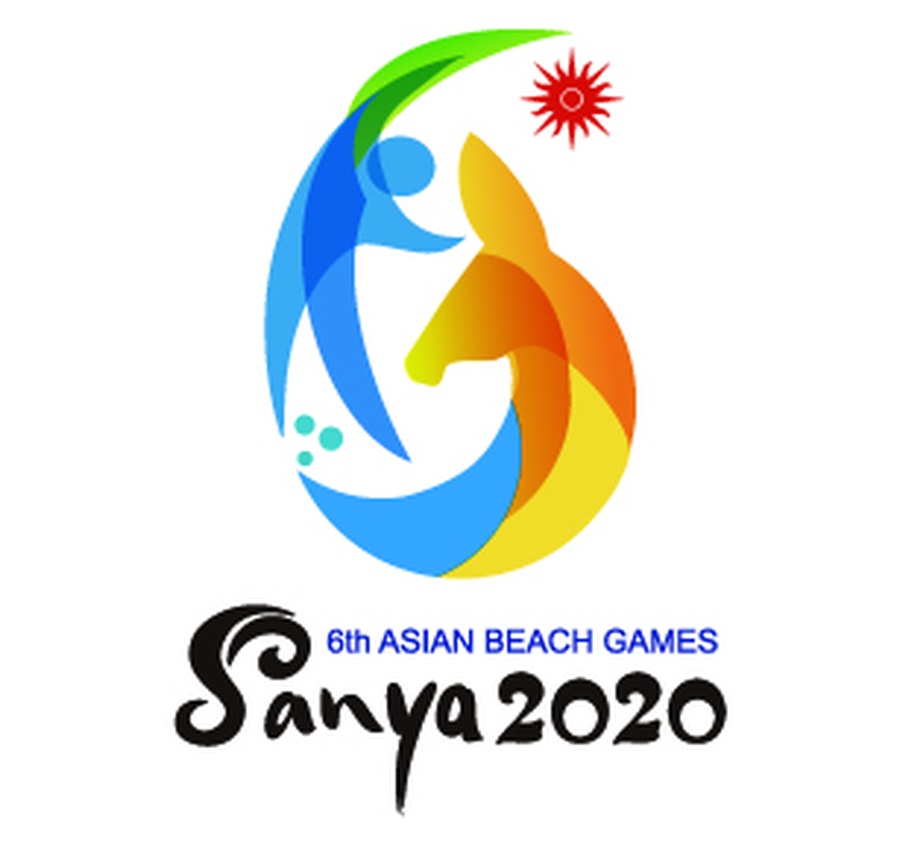 Sanya, China, October 25, 2019: The organising committee of the Olympic Council of Asia’s 6th Asian Beach Games in Sanya, Hainan Province, launched their emblem and slogan at a 400-day countdown ceremony on Friday, October 25.

The emblem features blue, green, yellow and orange colour blocks shaped into the number 6 to represent the sixth edition of the Asian Beach Games.

The image of a coconut tree, an athlete and a deer combines the concept of ocean, beach, sport and the tropical landscape together with the symbol of Sanya city. The shining sun emblem of the OCA is prominent in the design.

The English slogan “See Ya in Sanya!” is a short, youthful and friendly catchphrase for visitors from all over Asia and beyond. It represents the relaxed and family-oriented concept of the beach and sea sports festival.

The Mayor of Sanya, Mr A. Dong, said the slogan and emblem had been chosen from 3,218 submissions after coordination with all relevant parties and expert evaluation before being submitted to the OCA for approval. “We are sure the emblem and slogan for the Asian Beach Games will contribute to the sports and tourism concept of Sanya city and Hainan province,” he said.

The ceremony took place at the scenic Luhuitou Peak Park which offers spectacular views of Sanya’s sweeping bays and the South China Sea.

In his message, Mr Wei said the Asian Beach Games would highlight Hainan’s "prosperity and development" and further open up the resort city to international tourism.

As well as cultural performances of dance and music, the ceremony included a drone show depicting several of the beach sports that will be contested at Sanya 2020 and ended with the slogan “See Ya in Sanya” lit up in the night sky.

The 6th Asian Beach Games will run from November 28 to December 6, 2020 and feature 17 sports. Sanya is known as “the Hawaii of China” for its long, golden beaches, sparkling blue sea, luxury resorts and lush forests and gardens.