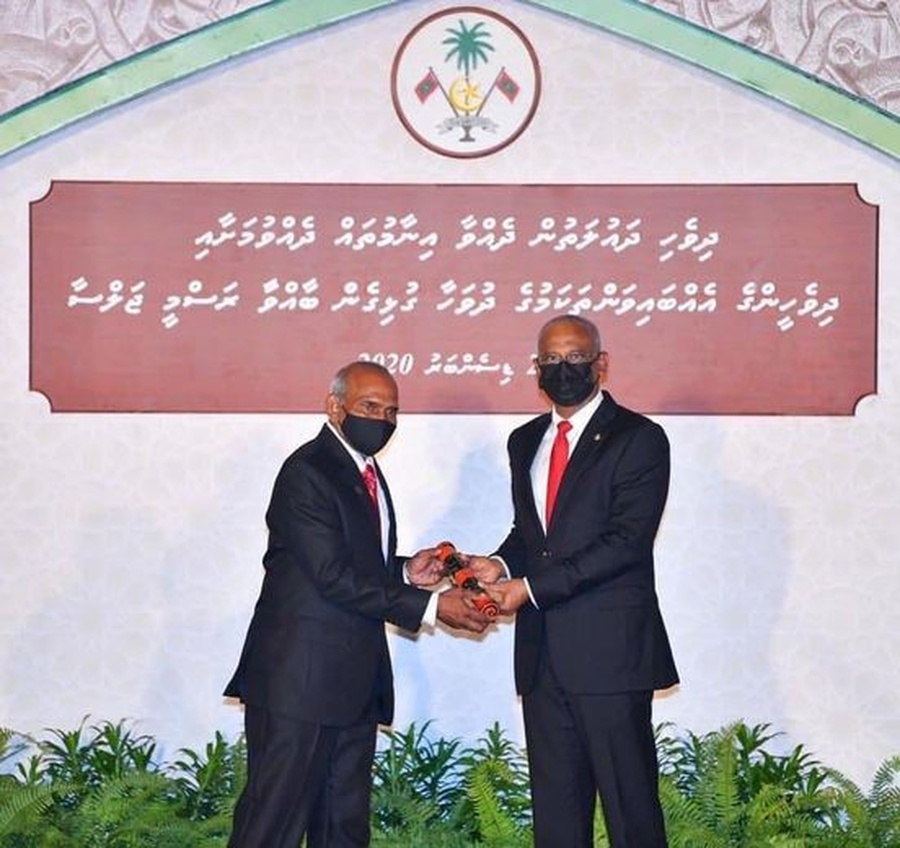 Male, Maldives, December 28, 2020: The first President of the Maldives Olympic Committee, Ibrahim Ismail Ali, was presented with the Order of the Dignified Rule of the Muleege Dynasty by Maldivian President HE Ibrahim Mohamed Solih last Saturday, December 26.

Ibrahim Ismail Ali, who was also the first captain of the national football team and later a FIFA referee, has a much-decorated past being a recipient of the Olympic Council of Asia Merit Award in 2015 as well as several other national awards.

Ibrahim Ismail Ali and another Maldives Olympic Committee official, current Vice President Ahmed Latheef, were recognised by the Government for their services to sport. Latheef received the National Award of Honour from President Solih.

Earlier on Saturday, the Maldives Olympic Committee successfully held its Annual General Meeting for 2020 at its headquarters with member associations joining in online.

The annual report and expenditure for 2019, as well as the estimated budget for 2020, was presented and approved by members. 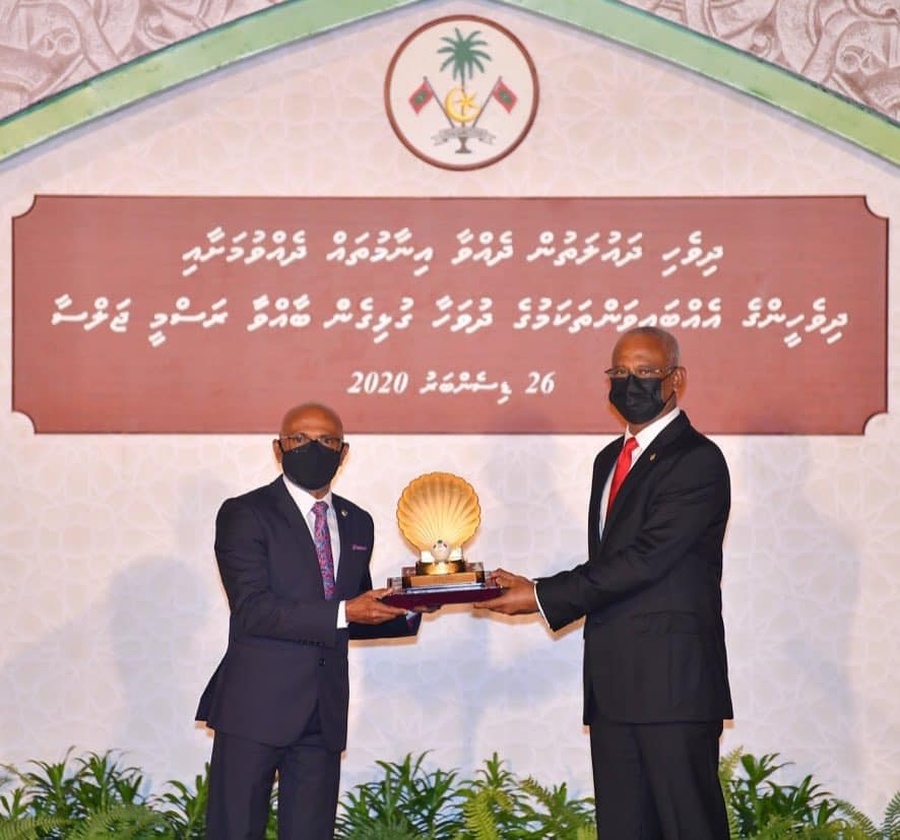