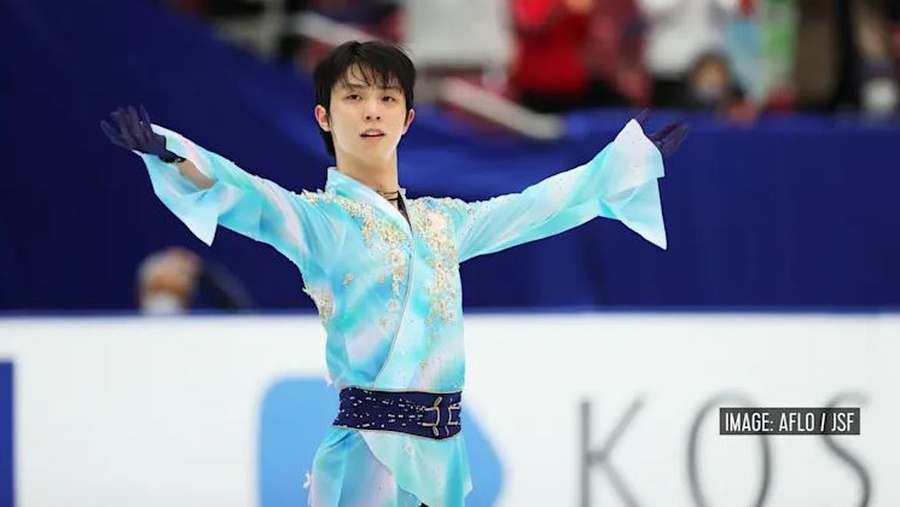 Hanyu, the Sochi 2014 and PyeongChang 2018 Winter Olympic gold medallist, had not competed since February due to the coronavirus pandemic around the world.

But he won his first national title in five years and his fifth overall with two magnificent skates, the second set to a chilling "Heaven and Earth", as he scored 319.36 points to beat four-time defending champion and PyeongChang 2018 silver medallist Shoma Uno, who totalled 284.31.

All three will be heading to the World Championships scheduled for Stockholm in late March where Hanyu has a third crown in his sights.

“It was as if I was trying to reach out my hand towards a light in the darkness of the world caused by COVID-19,” he said.

Hanyu provided that light with two brilliant yet vastly different skates in Nagano, his jumps buoyant and crisp.

"I was happy I was able to perform well in these circumstances,” he added. “Even though I have been training alone, there were a lot of people supporting me. So I'd like to thank them."

He also paid credit to his own hard work, clearly apparent and on display on the ice itself.

"I have dedicated myself in this free programme. When I hear this music, I get emotional and also give each movement a lot of meanings."

Hanyu, 26, said he was motivated by the limited number of fans who were inside the arena in Nagano as well as the ones watching at home, and he’ll take that back to training for the next 10 weeks.

"I have been training alone for a long time and still have some issues in my short program. But today I felt at ease. And I believe spectators also felt the same because I was able to perform as myself,” he said.

“So I felt confident about the way I have been training and that it wasn't wrong. I hope to brush up my training and take on harder jumps without any injuries as it has been helping me to improve and grow."