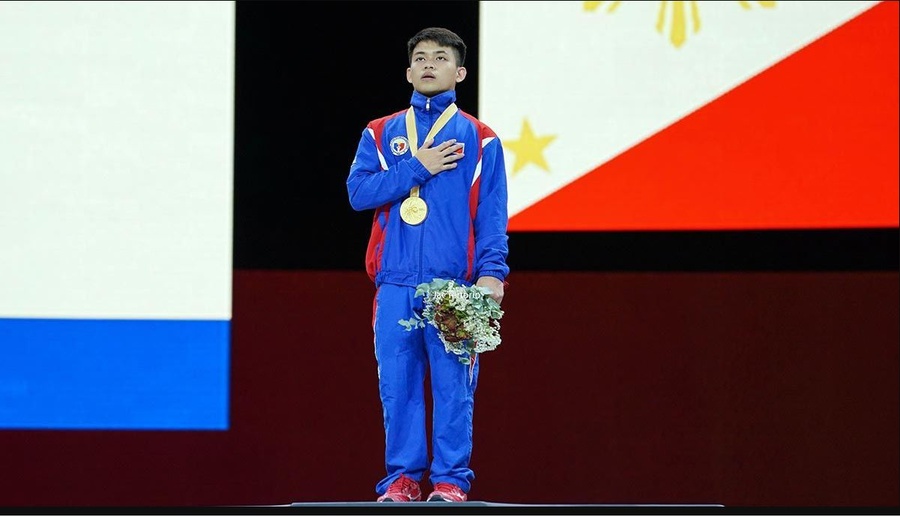 Carlos Yulo has ended the year ranked joint No. 1 in the world in men’s floor exercise by the FIG. © Spin.ph/Janneth Tenorio

Manila, Philippines, December 21, 2020: The Philippines’ big hope for an elusive first gold medal at the Olympic Games, gymnast Carlos Edriel Yulo, has finished the year on top of the world.

The 20-year-old Yulo, nicknamed “Caloy”, is ranked joint No. 1 with Rayderley Zapata of Spain in the end-of-year rankings for the men’s floor exercise issued by the International Gymnastics Federation (FIG).

It all adds up to a happy new year for Yulo, whose big chance of winning the Philippines’ first Olympic Games gold will come in the men’s floor exercise at Tokyo 2020 next summer.

The floor exercise is his pet event, having won the bronze medal at the FIG artistic gymnastics world championships in Doha in 2018 and gold at the same event at Stuttgart, Germany in 2019 – making him the first gymnast from his country to win a world championship gold medal.

The Manila-born Yulo moved to Tokyo in 2017 to train with his coach Munehiro Kugimiya as part of a scheme supported by the Gymnastics Association of the Philippines and the Japan Gymnastics Association. The venture was also backed by the FIG and the International Olympic Committee’s Olympic Solidarity programme.

A total of 49 gymnasts are ranked in the men’s floor exercise by the FIG.