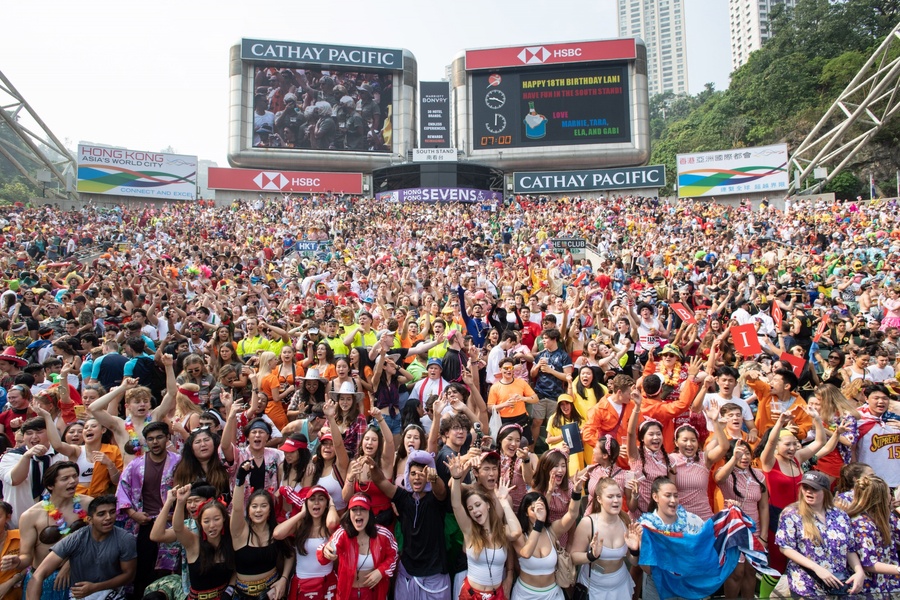 The Hong Kong Rugby Sevens is the most popular event on the global sevens circuit. © HKRU

In light of the continuing complications arising from the Covid-19 pandemic, the organisers believe rescheduling to late 2021 offers the best opportunity for the tournament to be staged to the high standards of the HKRU.

The move follows the cancellation of the Lunar New Year fireworks and other celebrations next February, and the similar postponement of international events scheduled to be held in Hong Kong in the first quarter of 2021.

The Hong Kong Sevens – the most popular event on the global rugby sevens circuit – were postponed from April 3-5, 2020 to October 16-18. When this proved impossible, the Sevens were moved forward to April 2-4, 2021.

Given increasing infection rates both at home and abroad, and on-going travel restrictions and quarantines, it was felt that the environment remains too uncertain to support hosting the event next April.

When presented with the opportunity to host in autumn, the HKRU and World Rugby mutually agreed that it was in the best interests of the tournament, the teams and the fans, to accept.

World Rugby has further confirmed that the Cathay Pacific/HSBC Hong Kong Sevens in November 2021 will be the final round of the 2020/21 HSBC World Rugby Sevens Series, with the teams assured of a rousing welcome and a fitting grand finale.

It is the first time in the tournament’s 45-year history that the Hong Kong Sevens will be played outside of its traditional spring window. The tournament was established in 1976.