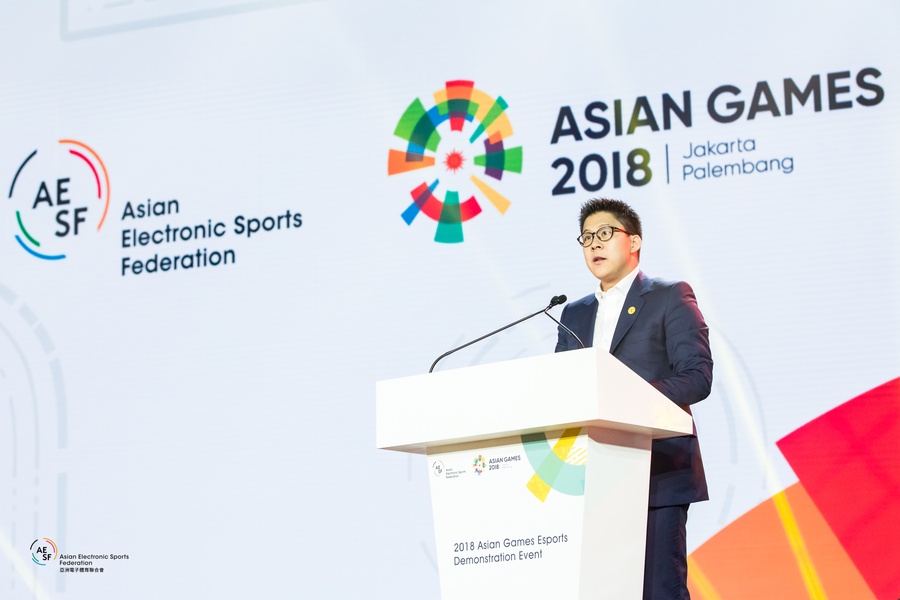 Hong Kong, China, December 18, 2020: The Asian Electronic Sports Federation (AESF) is proud to confirm the inclusion of esports as an official medal sport in the 19th Asian Games at Hangzhou, China in 2022.

Esports and breaking were confirmed as two new sports for Hangzhou 2022 during the Olympic Council of Asia General Assembly in Muscat, Oman on December 16.

Commenting on this historic move, AESF President Kenneth Fok said: “I am thrilled for this news and fully welcome it. This success story will be celebrated by AESF and all in the esports community together.

“Our past successes are rightfully commended but we always look forward to more achievements for our entire esports community. Seeing esports returning to the Asian Games in 2022 is a great landmark to achieve following years of hard work and commitment.

“The involvement of esports at the upcoming Asian Games elevates esports to the next level by aligning itself with Olympic values of determination, inspiration, excellence and solidarity.

“A special thank you to the OCA for entrusting us with this honour, and we promise to make the best out of this opportunity.”

In a media statement, the AESF added: “This outcome is a step forward in the right direction as the esports community have been striving hard for the past few years in not only bringing esports into the mainstream limelight but also a step closer to the biggest stage of all, the Olympics.

“This achievement is the result of several years of collective effort involving not only the AESF but also the unyielding support from the Olympic Council of Asia, AESF member associations, local organising committees and other collaborative partners. For that, we are forever grateful.”

Esports was a demonstration sport at the 18th Asian Games in Indonesia, meaning the medals did not count in the overall table.