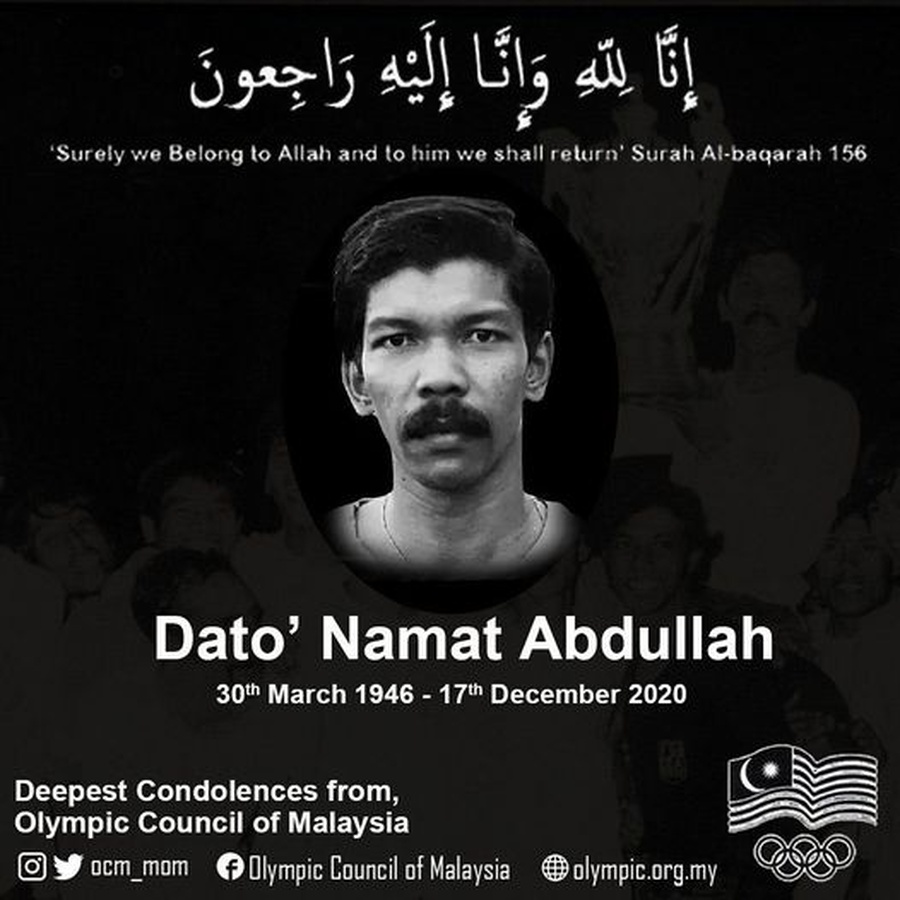 Kuala Lumpur, Malaysia, December 18, 2020: The Olympic Council of Malaysia is mourning the loss of former national team footballer and captain Dato’ Namat Abdullah, who passed away peacefully on Thursday, December 17. He was 74.

“The Olympic Council of Malaysia sends its condolences to the family of Malaysia’s football legend, Dato’ Namat Abdullah,” the OCM said in a Facebook post.

“The late Dato’ Namat Abdullah was part of the Malaysian team in the men’s football tournament at the 1972 Olympics in Munich.  May his soul rest in peace.”

Respected Malaysian sports writer Tony Mariadass said Namat was a “warrior on the pitch” and one of Malaysia’s most successful footballers.

The Butterworth-born player began his football career as a striker but earned his reputation as a non-nonsense, uncompromising defender.

A Penang player from 1965-1975, he was capped 115 times for the country following his debut in 1968 and last donned national colours at the Jakarta Anniversary Tournament in 1975.

As a member of the 1972 Munich Olympics team, he often talked about the opening match against West Germany when he had to mark the speedy Uli Hoeness. Malaysia suffered losses to West Germany (3-0) and Morocco (6-0) but beat the United States 3-0 to finish third in the group.

Malaysia's Munich 1972 team competed in the Tehran Asian Games in 1974 and won the bronze medal.

Namat was awarded a datukship by the Penang Governor in 2011.