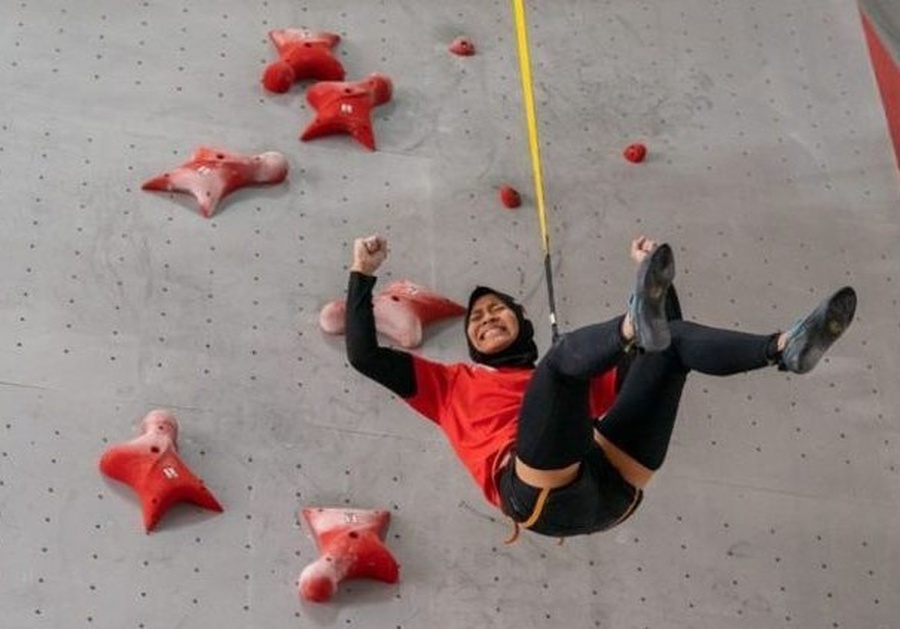 Jakarta, Indonesia, October 22, 2019: Indonesia’s Asian Games “Spiderwoman” Aries Susanti Rahayu has made headlines around the world with her astonishing performance in the International Federation of Sport Climbing World Cup in Xiamen, China.

The 24-year-old Indonesian from Yogyakarta, who won two gold medals in the 18th Asian Games sport climbing competition at Palembang, Indonesia, broke the women’s world record by scaling the 15m wall in 6.995 seconds.

Furthermore, she became the first woman to break the seven-second mark up the 15m wall in speed climbing.

“Wow, amazing for me,” she said, before adding she was not in the best condition due to a finger injury.

She is ranked third in the world by the IFSC in the women’s speed discipline and has four World Cup victories to her credit in three seasons on the tour.

At the Asian Games last year she became one of the heroes of the Indonesian team with two gold medals in speed and speed relay at the sport climbing stadium in Jakabaring Sports City in co-host city Palembang, earning her the nickname “Spiderwoman”.

Her achievement earned her a slot on the BBC News to spread her success around the world.