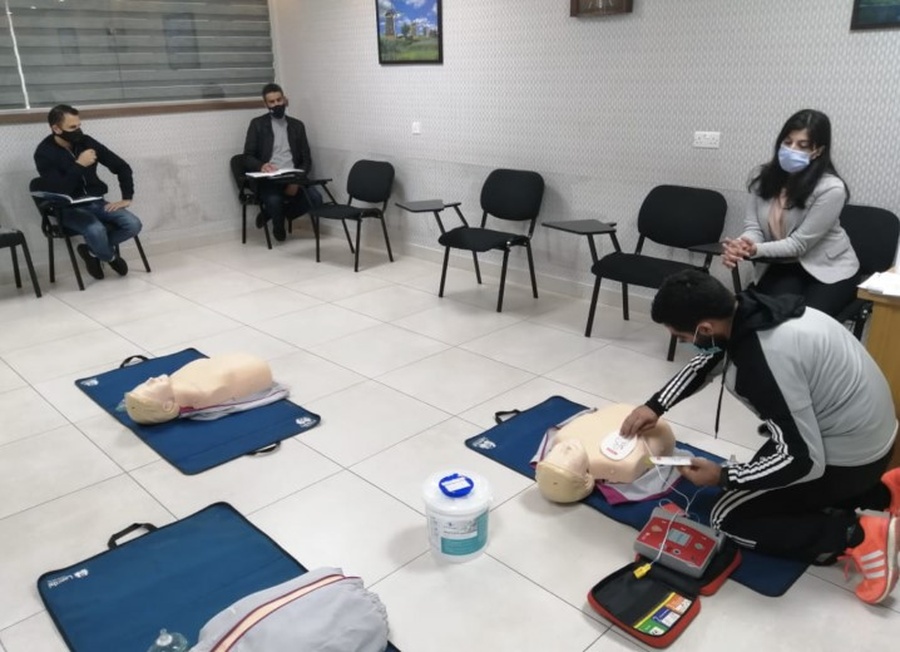 Amman, Jordan, December 10, 2020: The Qusai Initiative, an enterprise of the Crown Prince Foundation, in collaboration with the Jordan Olympic Committee held a two-day cardiopulmonary resuscitation course for national sports federations.

The course was attended by 20 participants from a number of federations including archery, basketball, football, handball, karate, kickboxing, wrestling, wushu and weightlifting, as well as the Paralympic committee and school sports.

Among the participants at the specialised training centre of the Jordan Olympic Committee were several senior officials and members of board of directors of the federations.

The initiative - implemented in cooperation with the Jordan Olympic Committee - aims to transform sport therapy for athletes in Jordan, qualifying sports therapists and equipping medical rooms at sports centres in order to enhance ability to handle sports injuries and medical emergencies.

The initiative has saved several lives since its introduction in addition to graduating dozens of therapists from its intensive programme.