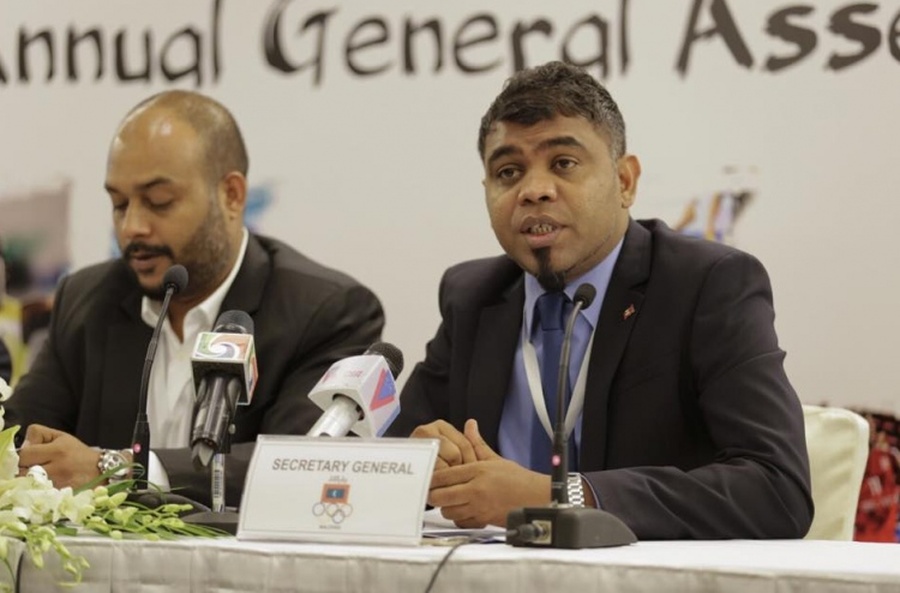 Male, Maldives, December 7, 2020: The Secretary General of the Maldives Olympic Committee, Ahmed Marzooq, said he was “heartbroken” when announcing that Madagascar would host the 2023 Indian Ocean Island Games.

The 11th edition of the Indian Ocean Island Games was due to be hosted by the Maldives.

But in a Facebook post dated December 6 under the status “feeling heartbroken”, Marzooq said the IOIG in 2023 would now be held in Madagascar.

“This decision was reached after a vote that was taken at the Conseil International des Jeux (CIJ) meeting that was held on 6th December 2020.”

The Maldives Olympic Committee Secretary General and OCA Media Committee member explained: “The difficult situation the country is in today with the unforeseen circumstances due to Covid19, Maldives requested CIJ to let us host the IOIG in 2025 or 2027.

The 10th edition of the Indian Ocean Island Games took place in Mauritius in July 2019 with the participation of the Comoros, Madagascar, Maldives, Mauritius, Mayotte, Seychelles and Reunion.