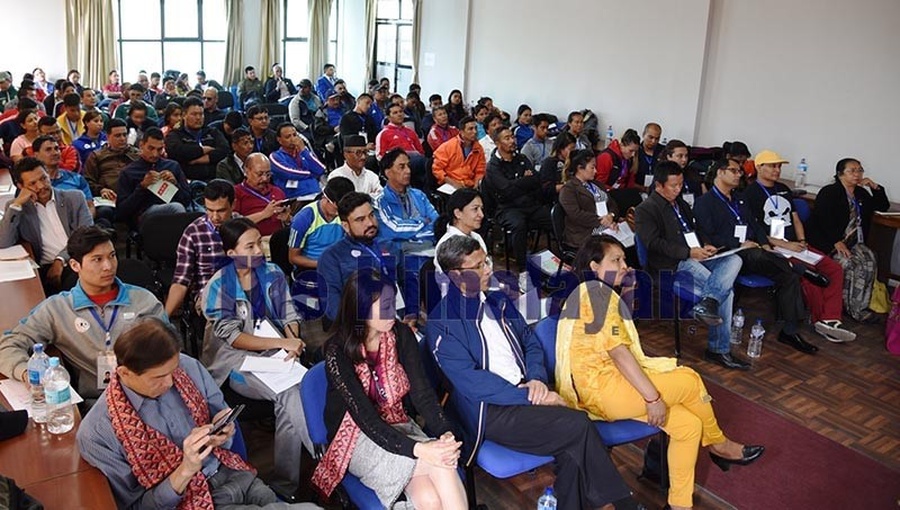 Kathmandu, Nepal, October 21, 2019: Hosts of the 13th South Asian Games, Nepal took pains to put the country’s top athletes in the right frame of mind for the showpiece by holding a Winning Mindset conference over the weekend in Lalitpur.

Organised by the Nepal Olympic Committee, Winning Mindest was a national conference on exercise, sports and performance psychology. It was attended by more than 100 participants – athletes, coaches, managers and officials – from a number of sports.

The two-day conference held at the headquarters of the Nepal Olympic Committee was run in collaboration with the International Olympic Committee, Asia South Pacific Association of Sports Psychology and Visionary International. The aim was to boost the mindset of the home athletic contingent at the South Asian Games to be held in Kathmandu and Pokhara from December 1-10.

Sessions were held by experts in the field from Japan, Korea, Chinese Taipei and Thailand, with local speakers also in the mix.

National Sports Council Member Secretary Ramesh Kumar Silwal urged participants to make the most of the conference. He said: “The event is organised ahead of the `13th South Asian Games and it is beneficial for each and every individual involved in the regional meet.”

The President of the Nepal Olympic Committee, Member of Parliament the Hon. Jeevan Ram Shrestha, presided at the closing ceremony.