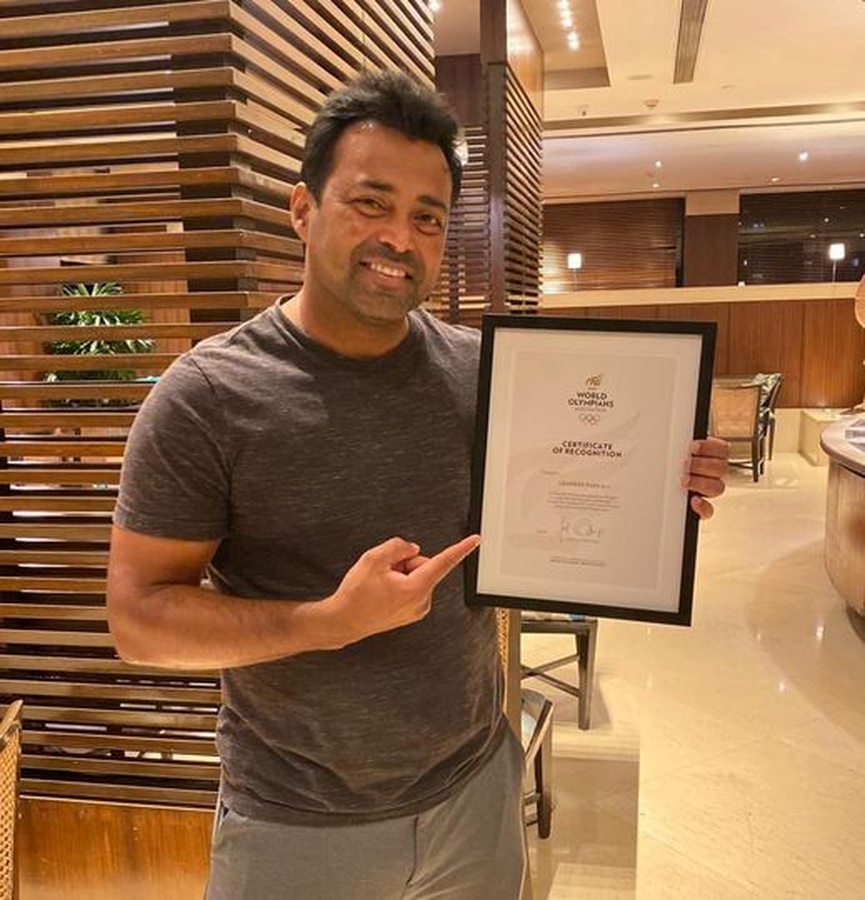 New Delhi, India, November 26, 2020: Indian tennis legend Leander Paes has received the Olympic Certificate for representing his country in seven consecutive Olympic Games and is the only tennis player in the world to do so.

On Twitter, the 47-year-old Paes announced this news while posting a picture of himself holding the prestigious honour.

“Delighted to receive my #OlyCertificate in recognition of representing our nation in 7 consecutive @Olympics!” Paes tweeted.

In the 1996 Atlanta Games he won a bronze medal in the individual event and at the 2000 Sydney Games he was given the honour of carrying the Indian flag in the opening ceremony.

Paes, who turned pro in 1991, has won 18 Grand Slam titles in men's doubles (8) and mixed doubles (10) and is widely considered one of the greatest doubles players in the history of the sport. He has amassed over USD 8.5 million in career prize money.