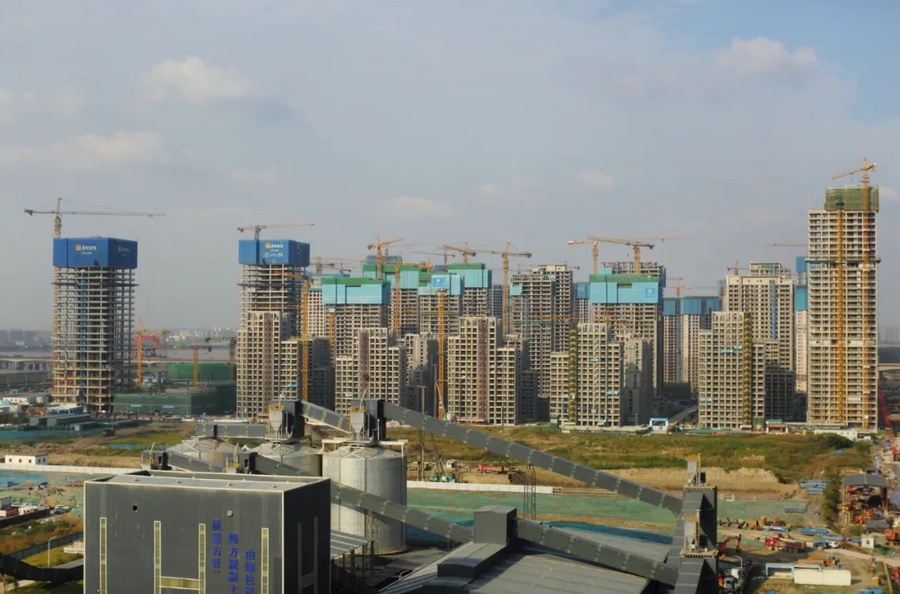 The ‘topping off’ of the high-rise buildings in the main Asian Games Village has been completed. © 19th Asian Games Hangzhou 2022

Hangzhou, China, November 26, 2020: Construction of the Asian Games Village in Hangzhou, China has reached a major milestone with the traditional “topping off” of the highest point of the building work.

In a Facebook post dated November 24, the 19th Asian Games Hangzhou 2020 organising committee reports that “the construction of the Asian Games Village in Hangzhou has been primarily completed with all of the projects being topped off and 108 high-rise buildings built within an area of 1 km².”

The post adds: “Covering 66.4 hectares, the Village specifically refers to the Athletes Village, Technical Officials Village and Media Village that in total accommodate up to 20,000 people.”

The organising committee previously announced that the main AG Village can accommodate 11,000 athletes and officials, 4,000 technical officials and 5,000 media.

Located on the south bank of the Qiantang River, the AGV sits at the newly planned urban centre of Hangzhou comprised of Qianjiang New City and Qianjiang Century City.

The AGV is 3km from the Hangzhou Olympic and International Expo, which includes the 80,000-capacity Big Lotus main stadium to be used for the opening ceremony and for athletics.

In addition to the main Asian Games Village in Hangzhou there will be four satellite villages in Ningbo, Jinhua, Wenzhou and Chun’an with a total capacity of 2,613 athletes and team officials.

According to the 19th Asian Games master plan, the main AG Village will be fully completed by the end of 2021 and test operations will begin in March 2022 – six months before the start of the Games, which will run from September 10-25.