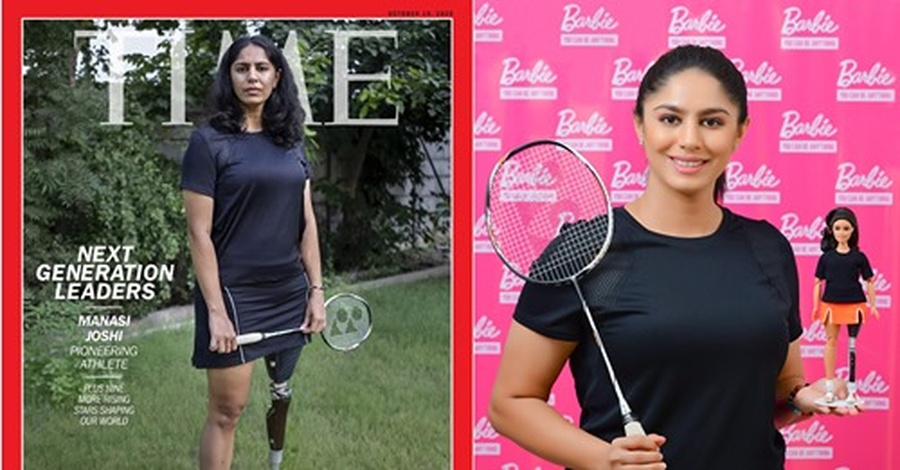 London, England, November 25, 2020: The BBC has revealed its list of 100 inspiring and influential women from around the world for 2020.

The list includes India’s para-badminton athlete Manasi Joshi, who has been in the news recently on the cover of Time magazine and also for having a one-of-a-kind Barbie Doll produced in her honour.

This year, the BBC’s 100 Women is highlighting those who are leading change and making a difference during these turbulent times.

The BBC says: “Manasi, an Indian para-athlete, is the current para-badminton world champion. In June 2020, the Badminton World Federation ranked her world number two in the SL3 (standing/lower limb impairment/minor) singles. Manasi is also an engineer and a change-maker.

“She aspires to drive a shift in how disability and para-sports are perceived in India. She was recently listed as a ‘Next Generation Leader’ by Time magazine and appeared on the cover of its Asia edition as an advocate for the rights of disabled people in India.”

Manasi, 31, continues to inspire fellow para-athletes around the world. From setting examples to breaking stereotypes, she has been a trailblazer ever since she took up para-badminton following a traffic accident in 2011 which crushed her left leg.